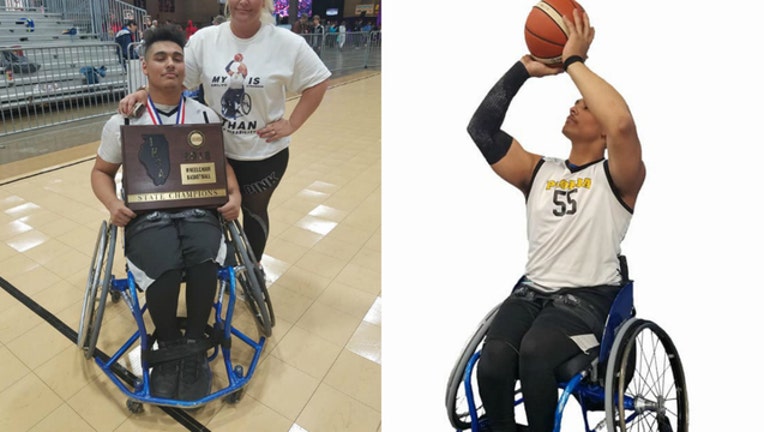 DECATUR, Ill. (AP) - An Illinois high school is reprinting yearbooks that mocked a partially paralyzed senior who is a wheelchair athlete as "most accident prone."

Chauncey Wulf, who was partially paralyzed in a car accident at age 4, is set to sign a letter of intent next week to play wheelchair basketball for Southwest Minnesota State University.

Wulf said he wasn't aware of the designation, voted for by students, until the yearbook was printed and wasn't asked if it was OK. Then the teasing started, he said, and didn't stop, even after he said he didn't like the listing.

"Then I started seeing posts on Snapchat, people laughing and taking pictures of the yearbook," he told the (Decatur) Herald and Review.

His mother, Crystal Wulf, spoke with Eisenhower High School administrators and says she doesn't see "how this would ever have seemed OK."

"There are any number of things they could have picked him for," she said. "That's what really bothers me. He's made a lot of good news for the school district, especially this year. They could have acknowledged him for many things instead of mocking him."

School district officials say they will collect yearbooks that already have been printed and have ordered new ones to be reprinted.

"These common categories voted by students are a way to represent memories and personalities of the graduating class and have been included the past several years," the district said in a statement.