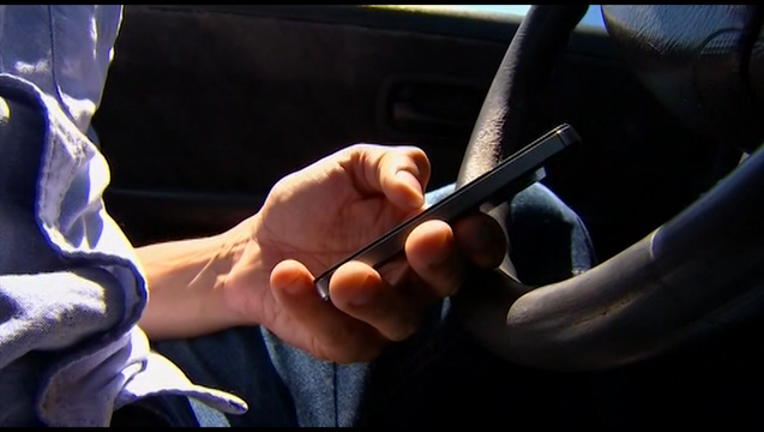 ALPHARETTA, Ga. - Speeding, running red lights and texting while driving are all risky things to do behind the wheel. AAA recently asked drivers of all ages, to admit up to their dangerous driving habits.

While the majority of drivers in every age group were honest, and admitted to doing something risky, the worst behaved drivers were the young ones.  88 percent of Millennials, age 19 to 24, admit to doing something dangerous behind the wheel in the last month. It comes at a time where  more people are dying on U.S. roads than ever before.

Naomi Speas, 21, is a self-admitted young, dangerous driver. "I thought I was invincible after driver's education but a year later I got into a very bad car accident, which was my fault, due to looking at my phone," Naomi shares.

WATCH: Hear what Millennials have to say in their own words

Naomi is far from alone. In fact, most young drivers admit to either speeding, running red lights or texting and driving. "There was a study by the AAA Foundation for Traffic Safety and it found that 88 percent of Millennials had engaged in some type of risky driving behavior within the past 30 days," says Garrett Townsend, the AAA Georgia Public Affairs Director.

"I'm not sure it shocks me, just because they're a different generation. They can go so quickly on a computer, so quickly on a telephone it's not a big deal to them. They don't even think about it," adds driver Marilyn Kleinhans.

The problem is, for the first time in five decades, U.S. traffic deaths jumped a staggering 7 percent in 2015. Distraction behind the wheel is believed to be a key contributor. "They're avoidable. For instance, texting while driving, speeding, running red lights. hose are things people can make changes in their behaviors and immediately stop," adds Garrett.

"It's partly just being young. It's like, this is not going to happen to me. This is someone else's crash, this is not mine," Marilyn adds.

But it's not just the younger drivers. At least 67 percent of drivers in each age group say, they're guilty too. "I counted how many people as soon as their car stopped they went right to their phones, it was 92 percent of the people that I could see," Marilyn recalls.

Although using a phone for anything other than making a call is illegal in Georgia, it's not hard to find drivers at red lights, checking their phones. "Their instinct is what did I miss in the last 5 minutes that I've been driving," Marilyn says. "If that thing flashes...I know I want to check it, and that's a sad thing."

NEXT ARTICLE: Atlanta ranked 8th most congested city in the world