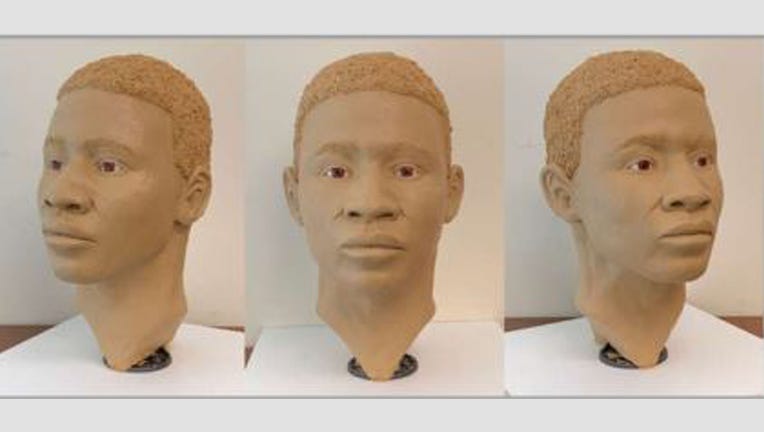 A facial reconstruction was completed by an Ohio Bureau of Criminal Investigation’s forensic artist. Officials said items such as hairstyle are the artist’s estimations to complete the image and should not be considered as significant markers for ide

YOUNGSTOWN, Ohio - The remains of a man were found 35 years ago in Ohio and state authorities have released images of facial reconstruction in the hopes that someone may recognize him.

The partial skeletal remains of "John Doe" were found on Sept. 10, 1987, near Mount Hope Cemetery in Youngstown, Ohio, located about 75 miles southeast of Cleveland, according to a bulletin from the Ohio Attorney General’s Bureau of Criminal Investigation.

It’s estimated that the remains were at this location for three to five years before they were discovered, authorities said.

Anthropological work suggests that the remains belong to a Black male, who was between the age of 30 and 44 when he died, the attorney general’s office said. Additional identifying details, such as height, weight, hair color, and eye color, remain unknown.

The remains of a child found in Georgia 23 years ago has now been identified as 6-year-old William Dashawn Hamilton and his mother has been arrested in connection with his death. Theresa Black was taken into custody in Phoenix and will be extradited back to Dekalb County to face murder charges.

A clay facial reconstruction of the man was created by a forensic artist with the Bureau of Criminal Investigation in the hope that someone may be able to identify him. Images showing several different angles were shared with the public.

"This face represents a brother, son or father who needs to reclaim his identity and be given the dignity that he deserves," Ohio Attorney General Dave Yost said in a statement on Thursday. "(Bureau of Criminal Investigation) assists law enforcement and helps families reunited with their loved ones because everybody is somebody to someone." 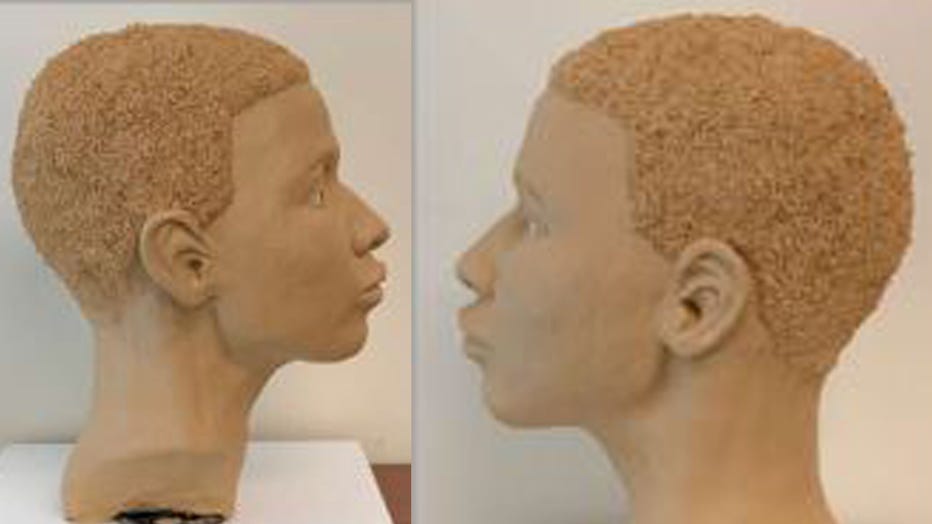 A facial reconstruction shows what the person may have looked like from the side profiles. (Credit: Ohio Attorney General’s Bureau of Criminal Investigation)

Officials noted how the hairstyle on the reconstruction was "the artist’s estimation" to complete the image and should not be considered "significant markers for identification."

Anyone with information about the case was asked to contact the Mahoning County Coroner’s Office at (330) 740-2175.