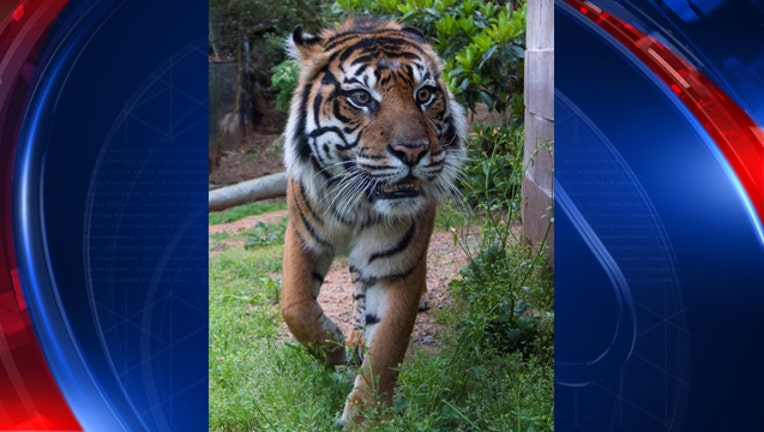 ATLANTA - There's a new big cat roaming around Zoo Atlanta and his name is Sparky.

Sumatran tigers are extremely rare. They've been listed as critically endangered by the International Union for the Conservation of Nature and may number fewer than 400 in their wild habitats of Sumatra. The animals have been facing a loss of their natural habitat due to deforestation and are poached for their skin and bones.

“The Sumatran tiger is a species with a pressing need for immediate conservation efforts, with a wild population of only a few hundred individuals,” said Zoo Atlanta's Vice President of Animal Divisions Hayley Murphy. “We’re very excited to have Sparky join the Zoo Atlanta family. The conservation message of Sumatran tigers, and of all of the species in our care, helps us understand that we all have the power to make personal decisions that help save wildlife, whether here in Atlanta or across the globe in Indonesia.”

Sparky was born in 2004 at the Fort Wayne Children’s Zoo in Indiana. Since growing up he's been traveling the country, going to zoos like the Smithsonian National Zoo to help continue his species. Zoo Officials are hoping that Sparky and Chelsea, who gave birth to cubs Sohni and Sanjiv in 2011, hit it off, but it'll be a few weeks before the two get to know each other due to their solitary nature.