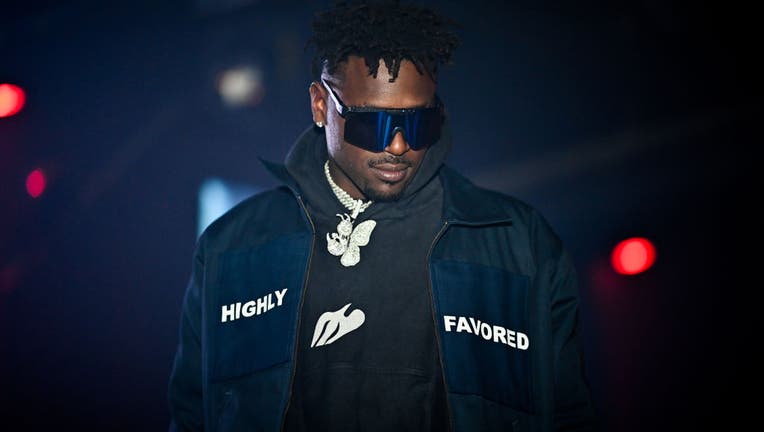 Antonio Brown is back under the microscope after an incident in Dubai, and he used the moment to signal an effort to get back into the NFL.

The former Tampa Bay Buccaneers wide receiver, who left the team in the middle of a game during the end of the 2021 season, was seen in a video fully nude at a hotel pool. The New York Post, which obtained video of the incident, reported that the incident had taken place on May 14 and that the free-agent NFL player had been kicked out of the hotel.

Brown wrote a crude tweet in response to the controversy on Sunday.

"I’m telling every team that needs some offense to pick up AB bc he’s shown that he still has the ability to expose a D," he wrote.

On Saturday, he seemingly called the report "disinformation."

"It’s crazy to me that even after I retire there is disinformation coming out about me. Ironically, during a time when the NFL is getting heat for allowing players to play when they’re clearly concussed. They’ve been using black men as guinea pigs," Brown wrote.

"Every chance they get to sway the heat off themselves they use me. In the video you can clearly see she runs off with my swim trunks. If roles were reversed the headlines would read ‘AB having a wild night with nude female’. Yet when it’s me it automatically becomes a hate crime," he added.

Brown was cut by the Buccaneers following his outburst in January. He claimed he was injured at the time and was being coaxed to play. The Buccaneers denied Brown’s allegations.