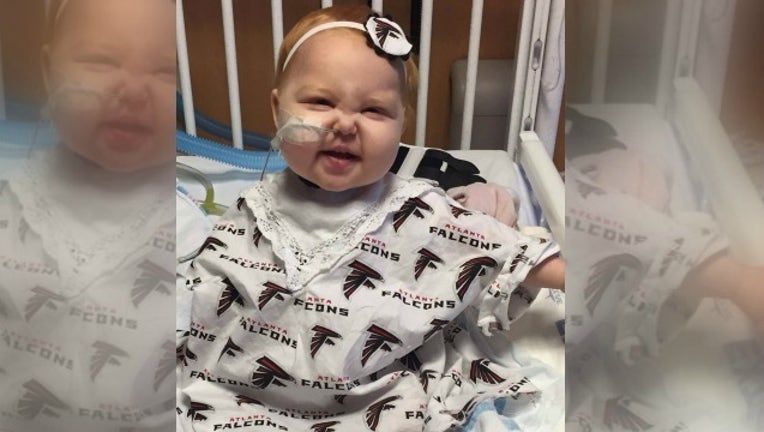 ATLANTA - Children's Healthcare of Atlanta shared an adorable photo on Facebook this week of a young Falcons fan ready to cheer on her team during the Super Bowl this weekend.

According to CHOA's post, Ella loves to cheer on the Falcons in her custom-made hospital gown.

"She's hoping for a win against cancer, too," CHOA said.

The Atlanta Falcons will try for their first Vince Lombardi Trophy Sunday against the New England Patriots.

PHOTOS: CHOA cheers on the Falcons