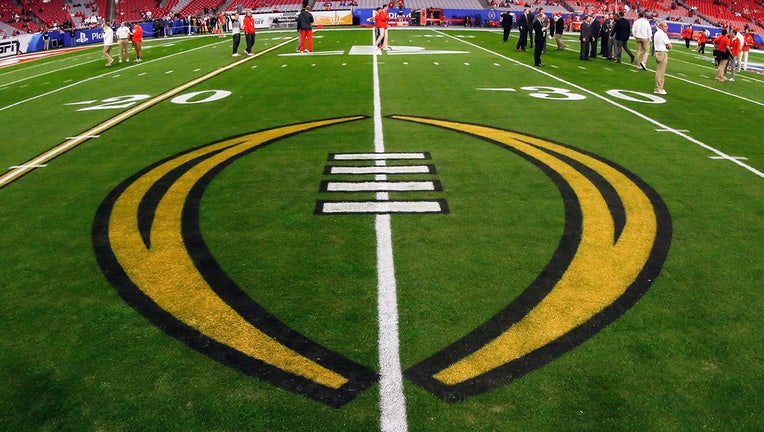 The university presidents who oversee the College Football Playoff voted Friday to expand the postseason model for determining a national champion from four to 12 teams no later than the 2026 season.

The university leaders who make up the CFP's Board of Managers would like to have the new format in place as soon as the 2024 season, if possible.

"This is an historic and exciting day for college football," said Mississippi State President Mark Keenum, the chairman of the board. "More teams, more participation and more excitement are good for our fans, alumni, and student-athletes."

A process that started 14 1/2 months ago with an optimistic rollout of an ambitious plan, and then was derailed as conference leaders haggled over details and questioned each other's motivations, is now finally moving forward.

In a unanimous vote, the presidents approved the original 12-team proposal that called for the six highest-ranked conference champions and six at-large picks, as determined by a selection committee, to make the playoff.

The top four seeds would be conference champions and receive byes into the second round. First-round games would be played on campus and the rest at bowl sites.

A 12-team, 11-game postseason system to crown a champion could be worth as much as $2 billion in media rights to the conferences that play major college football, starting in 2026.

If the new format can be implemented before the current 12-year contract with ESPN expires after the 2025 season, the conferences could make an additional $450 million over the final two years. The current deal pays about $470 million per year.

Beyond 2025, there is no TV contract for a playoff. The plan is to take the new format to the open market and involve multiple TV partners instead of just ESPN.

There are still issues to be hammered out by the conference commissioners who comprise the CFP management committee, which is scheduled to meet next week.

The biggest question is whether the logistical hurdles such as dates of games, host sites, available television windows and impact on the regular-season schedule can be sorted though quickly enough for a new playoff to be up and running by 2024.

The committee also needs to determine how all that new revenue will be shared.

CFP Executive Director Bill Hancock announced in February that expanding for the 2024 and ’25 seasons was off the table and attention would be turned to what the playoff would look like for 2026 and beyond. Last month, the CFP locked in sites for the championship games to be played after the 2024 and 2025 seasons.

But the presidents ultimately decide what happens with the playoff, and they took matters into their own hands to push expansion forward.

Keenum said earlier this year the presidents planned to get more involved after the commissioners had given up on trying to expand before the end of the CFP’s current contract with ESPN.

Even after the February announcement, there were signs early expansion was not dead.

"It actually wouldn’t surprise me once we agree on the format, if it happens before the end of the current term," Pac-12 Commissioner George Kliavkoff said at the conference’s football media days in July. "Once you agree to the format, why wouldn’t you?"

Kliavkoff was one of three relatively new Power Five commissioners, along with the Big Ten’s Kevin Warren and Atlantic Coast Conference’s Jim Phillips, whose various objections to the 12-team proposal last year stalled the process.

That 12-team plan had been worked on for more than two years by a subgroup of the management committee that included Greg Sankey of the Southeastern Conference. Mistrust rose between the new commissioners, who had not been part of the process the previous two years, and the rest after it was revealed that the SEC could be adding Texas and Oklahoma to the powerhouse conference by 2024.

Now that the presidents have spoken and locked in a number, the assignment goes back to the commissioners. They meet again Thursday in Dallas to begin tackling those other details.