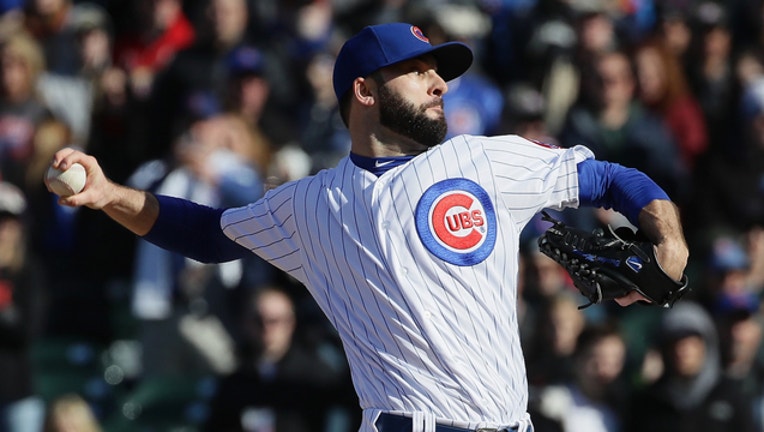 CHICAGO (AP/FOX 32) - The Chicago Cubs have placed closer Brandon Morrow on the 10-day disabled list because of lower back tightness.

Morrow injured his back while taking of his pants early Monday.

"It's frustrating any time you can't get out there, especially when you can't go for something as stupid as taking your pants off," Morrow told MLB.com. "Getting hurt any time is frustrating, but when it's not related to throwing a baseball, it's even more frustrating."

The Cubs announced the move prior to Wednesday's game against the Los Angeles Dodgers. Right-hander Justin Hancock will remain with the club after being called up from Triple-A Iowa as the 26th man for Tuesday's day-night doubleheader.

Signed by the Cubs after helping the Los Angeles Dodgers beat them in the NLCS last season, Morrow has 16 saves in 17 chances.

The Cubs are also missing relievers Carl Edwards Jr. (right shoulder inflammation) and Brian Duensing, who is on the bereavement list after his grandfather died on Saturday. Chicago was second in the NL Central, a half-game behind the Milwaukee Brewers.