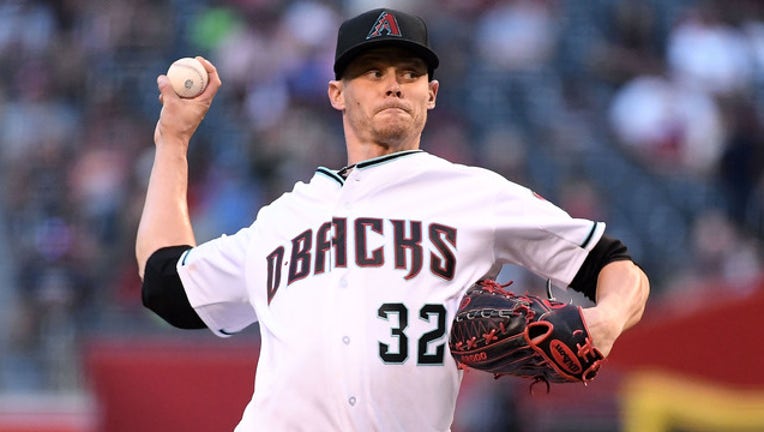 PHOENIX, AZ - JUNE 01: Clay Buchholz #32 of the Arizona Diamondbacks delivers a pitch in the first inning of the MLB game against the Miami Marlins at Chase Field on June 1, 2018 in Phoenix, Arizona. (Photo by Jennifer Stewart/Getty Images)

(FOX NEWS) - Arizona Diamondbacks pitcher Clay Buchholz may keep his support for President Trump quiet, but he has a lot to thank him for.

Buchholz, 33, revealed Wednesday that he credits Trump for giving him the opportunity to meet the woman he would eventually marry and have three children with.

Buchholz told USA Today that when he was with the Boston Red Sox in 2008 he and about a dozen teammates when to a UFC fight in Southern California -- then went to an afterparty as Trump’s guests.

“I remember him saying, ‘OK, who’s single here and who’s married?’ Buchholz told the newspaper. “I told him I was single. That’s when he introduced me.”