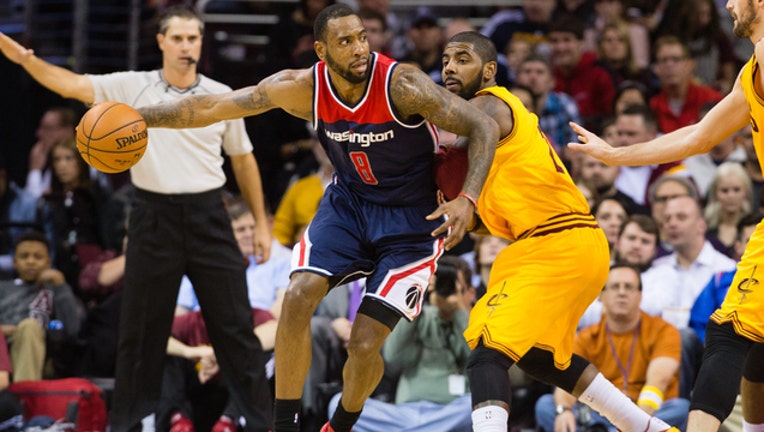 Rasual Butler of the Washington Wizards posts up against Kyrie Irving of the Cleveland Cavaliers during the first half at Quicken Loans Arena on November 26, 2014 in Cleveland, Ohio. (Photo by Jason Miller/Getty Images)

STUDIO CITY, Calif. - Former Washington Wizards player Rasual Butler and his wife were killed in a car crash in Southern California on Wednesday, according to TMZ.

TMZ said the single-car crash happened in the early morning hours in Studio City, California, near the Los Angeles area.

The 38-year-old Philadelphia native attended Roman Catholic High School and La Salle University in Philadelphia before he was drafted by the Miami Heat in 2002. Butler played for the Wizards between 2014 and 2015. His last season in the NBA was in 2016.

TMZ reports Butler lost control of his Range Rover at about 2 a.m., struck a parking meter and slammed into a wall. Speed was believed to be a factor in the crash, according to TMZ.

His wife, Leah Labelle, was an R&B singer who placed 12th on the third season of "American Idol" back in 2003, TMZ reported.