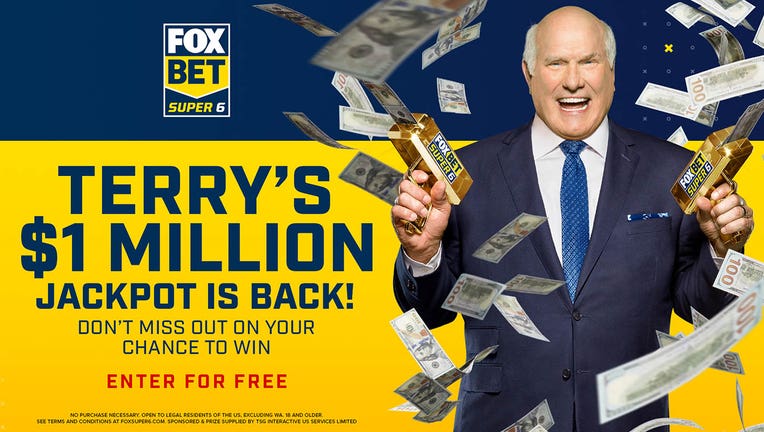 Pick the winners of six games for your chance to win $1 million of Terry's money from FOX Bet Super 6.

The kickoff of the new NFL season could have you feeling like a million bucks! FOX Bet Super 6 is celebrating the return of football with a brand new contest that could mean $1 million of Terry Bradshaw’s money in your pocket— if you choose wisely.

If you know, you know— but just in case you don’t, FOX Bet Super 6 is a free-to-play game that asks you to answer six questions about an event, which could be anything from a weekend of NFL games, a NASCAR race or even The Masked Singer. Make your picks for how things will play out, and you could win loads of cash— and it’s all free!

Week 1 of the NFL season means Terry’s $1 Million Jackpot is back. All you have to do to play is download the FOX Bet Super 6 app, select the NFL Sunday Challenge contest and pick the team you think will win the following six games, and by how many points:

If you’ve played before, be sure to update your app! FOX Bet Super 6 is freshly updated just in time for the new season, with a host of brand new features.

What are you waiting for? Download the FOX Bet Super 6 app— available now in the App Store or Google Play-- and start playing the NFL Sunday Challenge now for your chance to win cash.