Freddie Freeman, struggling to fight back tears, says he 'loves the Braves with all my heart'

During an extremely emotional pre-game press conference, former Braves Freddie Freeman discussed how much his old team means to him and how it will feel to get his 2021 World Series ring at Truist Park on Friday. It was a hard interview to watch as the former Braves first baseman struggled to fight back tears talking about his old team and his fans. 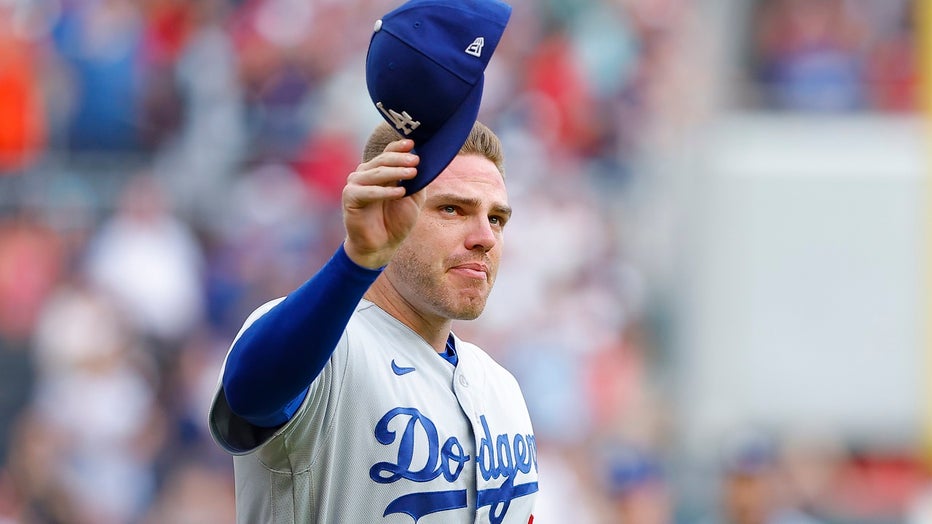 Freddie Freeman #5 of the Los Angeles Dodgers gets emotional as he is introduced to the crowd prior to the game against the Atlanta Braves at Truist Park on June 24, 2022 in Atlanta, Georgia. (Photo by Todd Kirkland/Getty Images)

FOX Sports Radio Host Doug Gottlieb said he was told the final offer the Braves made to Freeman was "close" to the offer Los Angeles made, and his agency never told him about the Atlanta offer.

"He found out over the weekend just how close Atlanta had come in their final offer, called up Casey Close and said, ‘You didn’t tell me about this offer? You're fired,'" Gottlieb said during "The Doug Gottlieb Show" on FOX Sports Radio.

Gottlieb said, according to "really good sources in the business," Close thought there were better opportunities with the Dodgers.

"And that's why he never told him," Gottlieb said.

Casey Close told Sports Illustrated there is "no truth whatsoever to what Doug Gottlieb recklessly tweeted, and I would testify to that under oath."

"Doug Gottlieb tweeted a wholly inaccurate characterization of our negotiations with the Atlanta Braves on behalf of Freddie Freeman. We are immediately evaluating all legal options to address the reckless publication of inaccurate information."

No word on what those legal options would entail.

Former Braves first baseman Freedie Freeman may be in a Dodgers uniform now, but he is expected to get a warm reception at Truist Park for his previous home crowd. Freeman will get his 2021 World Series Championship ring before Fridays game.

Freeman became a free agent following the Braves clinching the 2021 World Series Champions after he played for the team for 12 years.

His $162 million, six-year contract with the Dodgers became public days after the Braves announced they'd traded for Matt Olson and signed him long-term, who's started all 74 games for the Braves at first base in 2022.