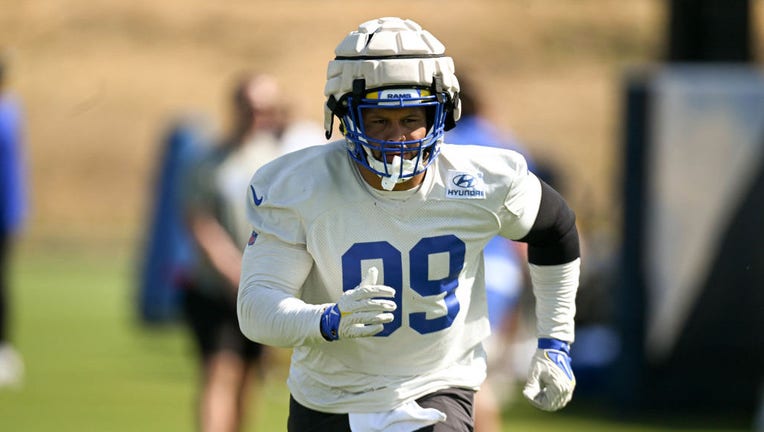 WASHINGTON - With NFL minicamps underway, a new step to enhance player safety is taking flight. The league has mandated the use of Guardian Caps, a new soft-shell helmet cover to reduce head injuries.

Players will wear Guardian Caps for every preseason practice between the start of the training camp contact session and the second preseason game, according to Guardian Sports.com.

Guardian Sports manufactures the protective headgear which reduces 33% of head impact, protects the helmet from wear and tear, and keeps the player's helmet cool, the company explained on their website.

The cap, created in 2010 to address the need for advancements to standard football helmets, is used by the NFL, colleges, high schools, and youth leagues.

"The Guardian Cap provided that extra layer of protection you needed during practice. The last thing you want is to lose players on the offensive and defensive lines to head injuries during practice or training camp. The cap helped reduce some of those injuries and was useful to our team last season."

In an interview with NFL Network, Dr. Allen Sills, the NFL’s chief medical officer, discussed the Guardian Cap and what it means for players for the upcoming season.

Player safety has become a point of emphasis for the NFL over the past couple of years as the league has implemented protocols to protect players from head injuries and concussions.

Football-related head trauma has been an ongoing issue for the league after former NFL players said they experienced lingering effects of brain injuries connected to their playing careers.

Lawsuits accused the NFL of hiding what it knew about the link between concussions and long-term brain injuries.

Retired players impacted by certain neurological disorders received $1 billion in payouts from the NFL as part of a concussion settlement in 2015.

The NFL, in the settlement, has paid out more than $800 million to date, nearly half for dementia claims. The dementia awards average about $600,000.

More than 3,000 former players or their families have sought awards for brain injuries connected to their playing careers, and over 2,000 for moderate to advanced dementia, FOX News reported.

Jeff Miller, the NFL's senior vice president for health and safety, appeared before a congressional committee in 2016 and acknowledged a link between football-related head trauma and CTE, a degenerative brain disease linked to head trauma and concussions that can cause symptoms, including violent mood swings and memory loss.

FOX 29 Philadelphia, FOX 13 Seattle, FOX 26 Houston, and FOX News contributed to this story. This story was reported from Washington, D.C.