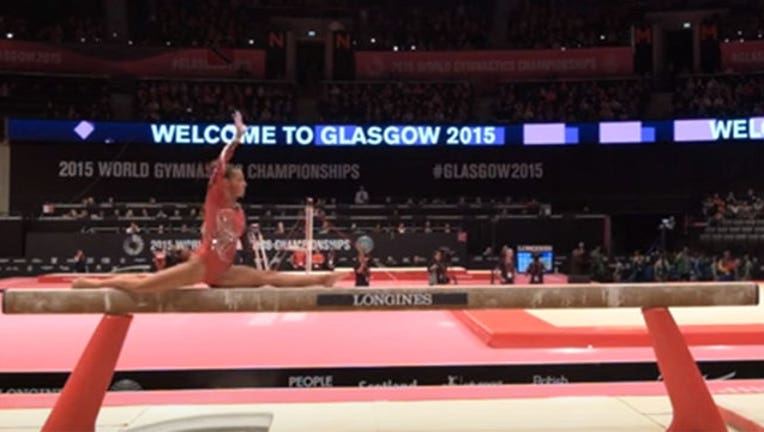 Gymnast Marisa Dick of Trinidad and Tobago created a new move to get onto the balance beam. It has reportedly been added to the official gymnastics rulebook, Code of Points.

NEW YORK (FOX 5 NY) - Gymnast Marisa Dick of Trinidad and Tobago is fighting for a spot on the Caribbean nation's Olympic team, but she's already earned a spot in the history books.

Dick created a new move in which she does a jump split to get onto the balance beam. She debuted the move at the World Gymnastic Championships in Glasgow in Oct. 2015.

On Wednesday, the Trinidadian news site TV6NT reported that the move had been officially added to the Code of Points, the official rule book for gymnastics.

"You mostly have to be flexible and have some guts," she said said during an interview on Edmonton AM.