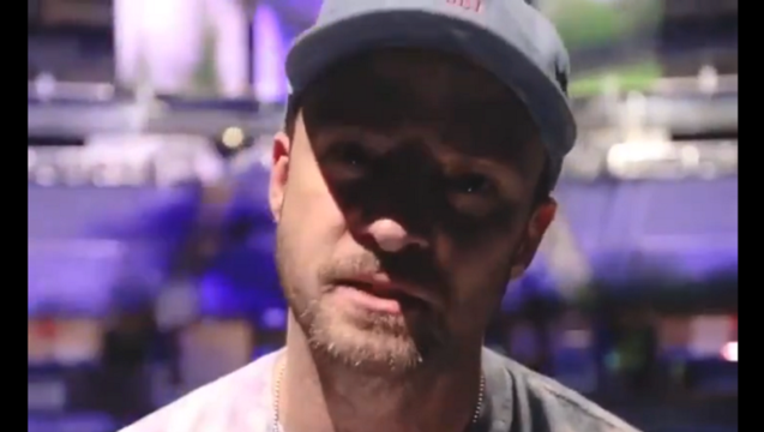 The singer announced that he will be streaming the Wednesday 2018 FIFA World Cup semi-final match between England and Croatia on the big screens at the O2 Arena in London, just before his concert. Timberlake said it’s “the first time ever” that the arena will open its doors early for an event.

The concert was previously scheduled to overlap with England’s first World Cup semi-final appearance since 1990, when the squad lost in penalty kicks to West Germany.

Timberlake played Monday night in the arena and expressed his support for the English side.

“Somebody told me the first time I came here that I became an honorary Brit,” Timberlake said, according to Sporting News.

He closed both his social media video and his Monday concert with the lines to the English soccer anthem "Three Lions," which was written in 1996 and has become the song of the summer for British fans watching their team on soccer’s biggest stage.