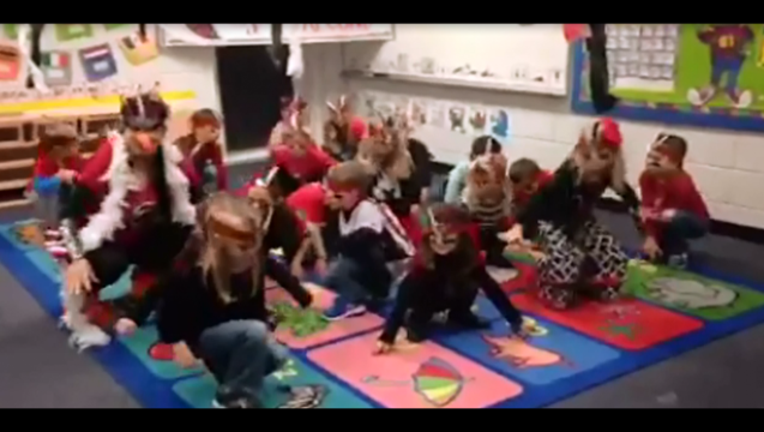 BREMEN, Ga. - Jones Elementary Pre-K knows how to #riseup for the Falcons! The Bremen, Georgia school posted a video of their 4 and 5 year olds doing the “dirty bird” dance.

Pre-k teacher Julie Sewell, who has been at Jones Elementary School for 10 years, told FOX 5 “I just thought it would be fun spending the week talking about the Super Bowl and the Falcons.”

She says the dance was a surprise for the parents as well, who were only told to send their kids to school in red and black that day.

“They were the baby falcons, and I was the mama falcon.”

Sewell says all the kids went home and did the dance for their parents. “They may be little, but they've got BIG Falcon fever!”