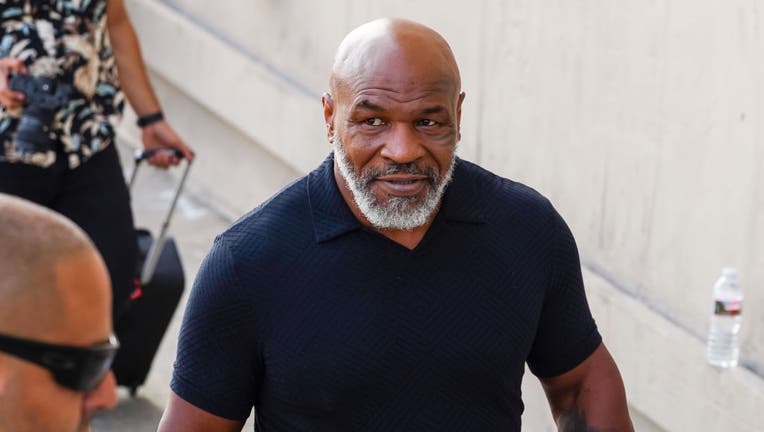 Hulu felt the full effects of a Mike Tyson hook over the weekend.

Tyson posted two pictures on his Instagram account ripping the company weeks before Hulu is set to launch "Mike" – an eight-episode limited series exploring the legendary boxer’s life. The show is set to debut Aug. 25.

"Hulu tried to desperately pay my brother @danawhite millions without offering me a dollar to promote their slave master take over story about my life. He turned it down because he honors friendship and treating people with dignity. I'll never forget what he did for me just like I'll never forget what Hulu stole from me," he wrote in the first post.

Karin Gist, a showrunner for "Mike," talked about the series at TCA on Thursday.

"We just wanted to tell an unbiased story and have the audience decide what they think or feel," Gist said. "Challenging what people think they know about Mike and hoping that they come away from the series with something else to think about. Whether you like him or hate him, does the story make you question how complicit society has been? That was the intention, that was the North Star for the writers' room as we were crafting stories."

It’s not the first time the former heavyweight champion came after Hulu over the series.

"Hulu’s announcement to do an unauthorized miniseries of my life, although unfortunate, isn’t surprising," Tyson said in a statement to The Hollywood Reporter in February 2021. "This announcement on the heels of social disparities in our country is a prime example of how Hulu’s corporate greed led to this tone-deaf cultural misappropriation of my life story. To make this announcement during Black History Month only confirms Hulu’s concern for dollars over respect for Black story rights. Hollywood needs to be more sensitive to Black experiences especially after all that has transpired in 2020. My authorized story is in development and will be announced in coming days."

It's not necessarily uncommon for projects of celebrities or famous athletes to be produced without the approval of the subject.

Jerry West, the former Los Angeles Lakers superstar and the silhouette on the NBA logo, took issue with how he was portrayed in the HBO Series "Winning Time: The Rise of the Lakers Dynasty." West demanded a retraction of his portrayal in April. HBO defended the show, saying "not a documentary and has not been presented as such."

Tyson is reportedly working on a different project about his life with Jamie Foxx and director Antoine Fuqua.