History of auto racing in the U.S.

CHARLOTTE, N.C. - The most powerful teams in NASCAR warned Friday that the venerable stock car racing series has a "broken" economic model that is unfair and has little to no chance of long-term stability, a stunning announcement that added to a growing list of woes.

The Cup Series is heading into the Charlotte Motor Speedway road course playoff elimination race Sunday with three full-time drivers sidelined with injuries suffered in NASCAR's new car and no clear answer as to how to fix the safety concerns.

It got much worse as teams went public with their year-long fight with NASCAR over equitable revenue distribution.

"The economic model is really broken for the teams," said Curtis Polk, who as Michael Jordan's longtime business manager now holds an ownership stake in both the Charlotte Hornets and the two-car 23XI Racing team Jordan and Denny Hamlin field in NASCAR.

"We've gotten to the point where team's realize the sustainability in the sport is not very long term," Polk said. "This is not a fair system."

The Race Team Alliance was formed in 2014 to give teams a unified voice in negotiations with the sanctioning body. A four-member subcommittee outlined their concerns at a Charlotte hotel, with Polk joined by Jeff Gordon, the four-time NASCAR champion and vice chairman of Hendrick Motorsports, RFK Racing President Steve Newmark, and Dave Alpern, the president of Joe Gibbs Racing.

Hendrick and Gibbs have won six of last seven Cup Series championships dating to 2015, but Gordon said the four-car Hendrick lineup, the most powerful in the industry, has not had a profitable season in years. It will again lose money this season despite NASCAR's cost-cutting Next Gen car.

"I have a lot of fears that sustainability is going to be a real challenge," Gordon said. 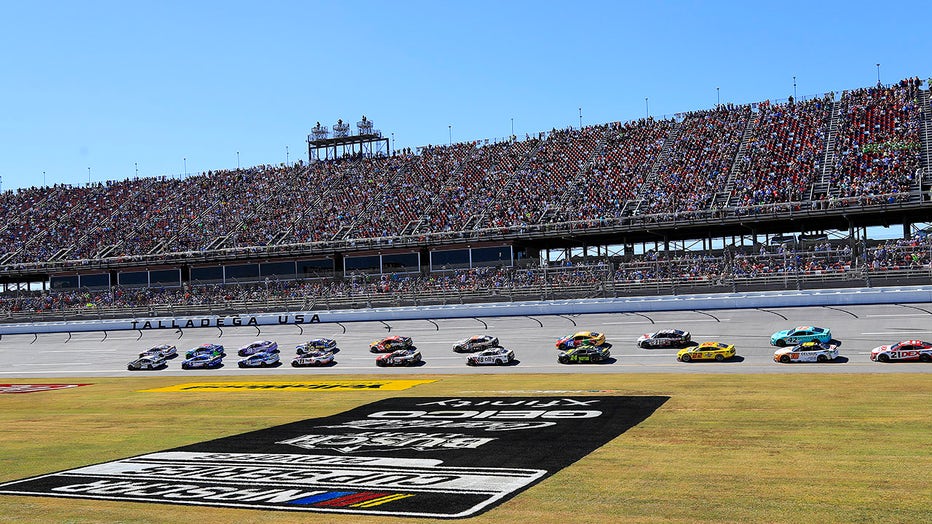 File: The field of cars race through the tri-oval during the running of the Yellawood 500 NASCAR Cup Series Playoff race on October 2, 2022 at the Talladega Superspeedway in Lincoln, Alabama. (Photo by David J. Griffin/Icon Sportswire via Getty Image

Led by Polk, whose role with the Hornets brings familiarity with the NBA's franchise model, the RTA presented NASCAR in June with a seven-point plan on a new revenue sharing model. The proposal "sat there for months and we told NASCAR we'd like a counteroffer," Polk said.

He did not disclose the seven points other than noting that team sustainability and longevity were priorities. The committee said Friday they are open to all ideas, including a spending cap like that in Formula One.

"We are amenable to whatever gets us to a conceptual new structure," Newmark said.

NASCAR responded to the RTA last week with a counteroffer of "a minimal increase in revenue and emphasis on cost-cutting," Polk said.

The team alliance was unanimous in that the only place left to cut costs is layoffs.

"We've already had substantial cuts. We are doing more with less than we ever have in 30 years," Alpern said.

NASCAR did not immediately reply to a request for comment from The Associated Press.

RELATED: NASCAR’s round of 12 at Texas spoiled by turbulent, exhausting start to race

The battle over costs has been made public with five races remaining to crown the 2022 NASCAR champion.

The issue has simmered for years and in 2016 NASCAR adopted a charter system for 36 cars that is as close to a franchise model as possible in a sport that was founded by and independently owned by the France family. The charters at least gave the teams something of value to hold — or sell — and protect their investment in the sport.

The team business model is still heavily dependant on sponsorship, which the teams must individually secure. Newmark said sponsorship covers between 60% to 80% of the budgets for all 16 chartered organizations.

Because sponsorship is so vital, teams are desperate for financial relief elsewhere and have asked NASCAR for "distribution from the league to cover our baseline costs," Newmark said.

The current charter agreement expires at the end of the 2024 season, the same time that NASCAR’s current television deals expire.

Although TV money is split between NASCAR, teams and the tracks, Polk said in terms of actual revenue produced by the sport 93% goes to NASCAR and the teams receive just 7%. He noted that in Formula One, all revenue is split 50-50 between the teams and series ownership.

Mars Inc., which first entered NASCAR in 1990, late last year decided this season would be its last and JGR spent the last nine months trying to find a new sponsor to keep Kyle Busch, the only winner of multiple championships at the Cup level. Busch has since signed with Richard Childress Racing and will leave JGR after 15 seasons as Toyota’s winningest NASCAR driver.

"We have become full-time fundraisers," Alpern said. "Instead of working on our business, we’re raising money just to exist."

"NASCAR is a money-printing machine," Polk said. "But the teams and the drivers are the ones putting on the show."

NASCAR is now under fire from nearly every angle as drivers remain angry over some recent penalties and the stiffness of the new Next Gen car blamed for causing unprecedented injuries. What should have been routine crashes into the wall have sidelined both Alex Bowman and Kurt Busch with concussions, and Cody Shane Ware opted out of Sunday's race because of a broken foot.

NASCAR has tested potential adjustments for the car and will present the findings to drivers Saturday morning ahead of practice at Charlotte.