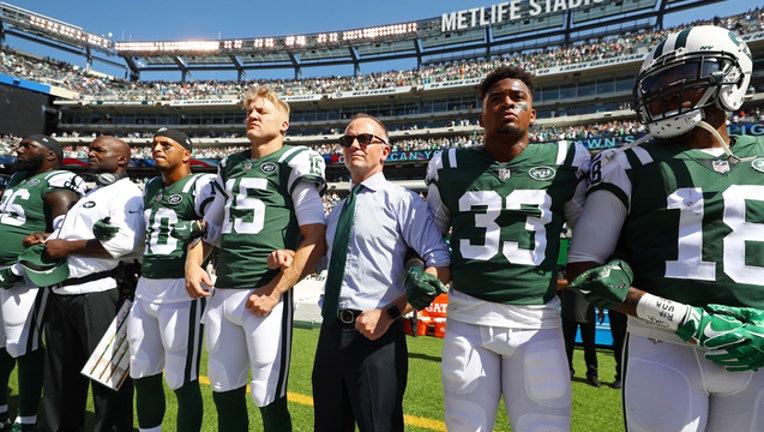 FLORHAM PARK, N.J. (AP) — The New York Jets say they will pay any fines and not penalize players if they violate a new NFL policy to stand or stay in the locker room during "The Star-Spangled Banner."

Jets owner Christopher Johnson said Wednesday the team is focused on working with players to advance social justice issues rather than creating club rules or penalties that restrict demonstrations.

The ruling approved by NFL owners fines teams for their players kneeling on the field during the national anthem in a move meant to stem widespread debate over protests started by former quarterback Colin Kaepernick. The policy leaves it up to individual teams to decide whether to pass that cost on by punishing players directly.

Johnson says he plans to meet with Jets players and coaches to discuss the decision. He says he'll support the players "wherever we land as a team."