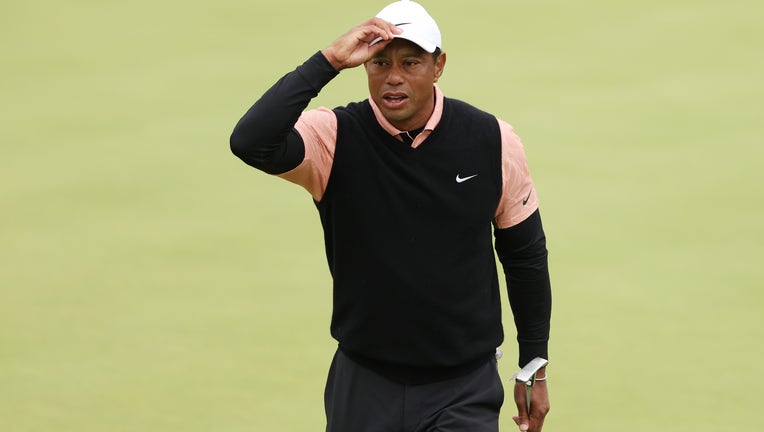 TULSA, OKLAHOMA - MAY 21: Tiger Woods of the United States reacts to his putt on the 18th green during the third round of the 2022 PGA Championship at Southern Hills Country Club on May 21, 2022 in Tulsa, Oklahoma. (Photo by Christian Petersen/Getty

TULSA, Okla. - Tiger Woods withdrew from the PGA Championship Saturday after hitting a career-worst 79 in the third round. It's the first time he's withdrawn from a major as a pro.

Woods, a 15-time major champion, limped his way around in the cold and wind, at one point making five straight bogeys. He declined interviews after his round, speaking only to a pool reporter.

"I didn't do anything right," Woods said after signing for a 9-over 79, by two shots his worst score in the PGA Championship. "I didn't hit many good shots. Consequently, I ended up with a pretty high score."

The disappointing day for Woods follows a series of clutch putts and short-game wizardry that allowed him to reach the weekend at Southern Hills.

On Friday, Woods shot a second-round 1-under 69 that put him at 3-over par for the tournament, one shot inside the cut line. He was in danger of missing the weekend before rallying with two birdies over the final six holes. 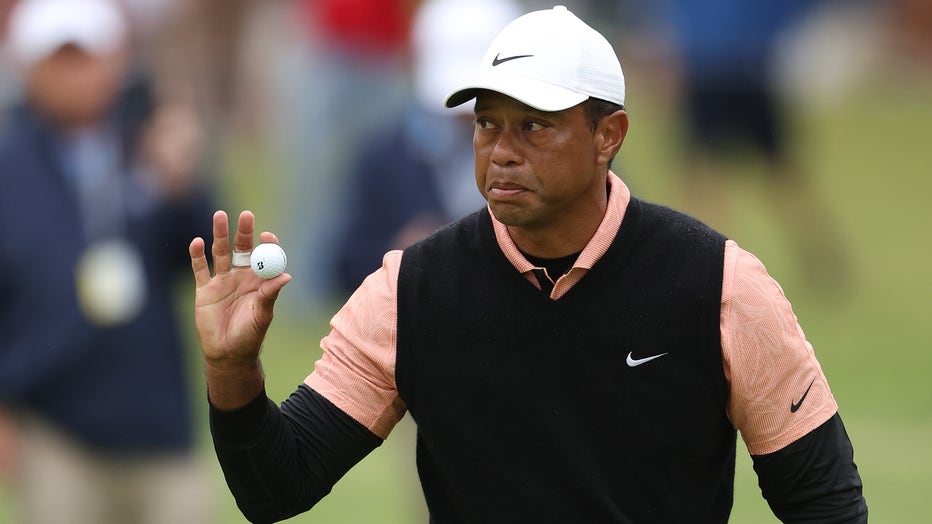 TULSA, OKLAHOMA - MAY 21: Tiger Woods of the United States reacts to his putt during the third round of the 2022 PGA Championship at Southern Hills Country Club on May 21, 2022 in Tulsa, Oklahoma. (Photo by Christian Petersen/Getty Images)

It's his second major tournament since a car crash in February 2021 left his right leg so mangled, doctors considered amputation. Woods returned to competition last month at the Masters. He made the cut there and gutted through the weekend at Augusta National in a glorious return in front of adoring galleries. He didn't play again until returning to the PGA, a championship he has won four times, most recently in 2007 at Southern Hills.

Woods shut down questions Friday about whether his leg felt better or worse than Thursday.