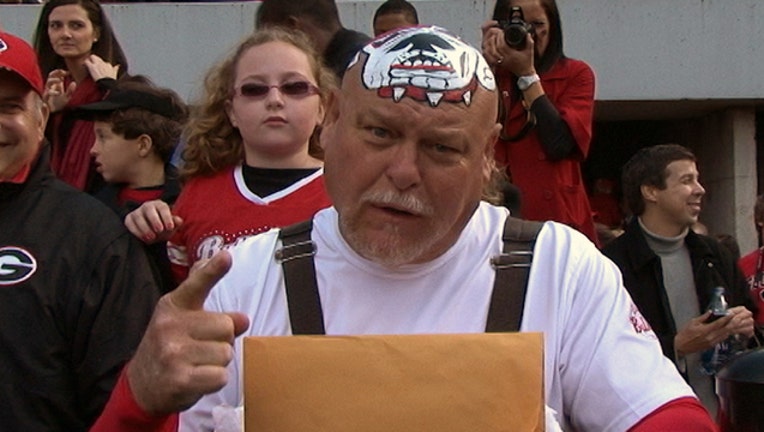 ATHENS, Ga. - The Bulldog nation is mourning the passing of one of their biggest of super fans. Mike "Big Dawg" Woods has passed away. He was 65.

Woods stood out in a sea of red and black for the white bulldog painted on his head at every game.

He underwent surgery last January after suffering a massive heart attack, but was reportedly out in full support this season cheering on his Dawgs.

Grady Newsource, the University of Georgia’s student production of the Grady College of Journalism and Mass Communication, once quoted Woods as a saying “I was born a Bulldog...”

Woods died at his home on Wednesday, according to the Madison County Coroner's Office.

Fans came together on social media to express their loss: