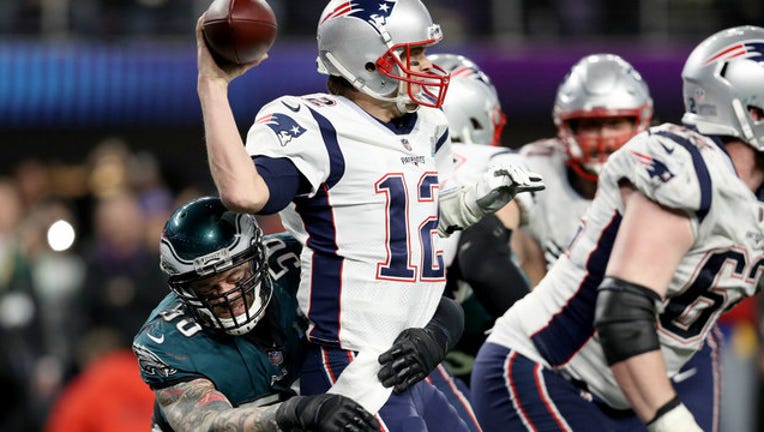 Tom Brady of the New England Patriots attempts to throw a pass under pressure from Derek Barnett of the Philadelphia Eagles during the fourth quarter in Super Bowl LII in Minneapolis, Minnesota. (Patrick Smith/Getty Images)

(FoxNews.com) - When one of the most-watched events in TV goes dark for nearly 30 seconds, people notice. That was proven at Super Bowl 52 when NBC’s coverage briefly cut to a black screen and dead air, much to the confusion of those watching.

Early in the game, when the screen went black, it returned to NFL commentators Al Michaels and Cris Collinsworth making no mention of the mishap, leaving many fans to wonder if it was a glitch happening with their very own televisions.

Not long after, an NBC spokesperson released a statement explaining the situation and what caused it.

“We had a brief equipment failure that we quickly resolved. No game action or commercial time were missed,” the statement read.

It’s hard to believe that no commercial time was missed, given that any and all spare broadcast time had been sold for commercials, according to USA Today. The outlet notes that a single 30-second advertisement during the Super Bowl can cost more than $5 million on average.

Regardless, NBC says that fans didn’t miss anything, but they still had a lot to say about the issue on social media.