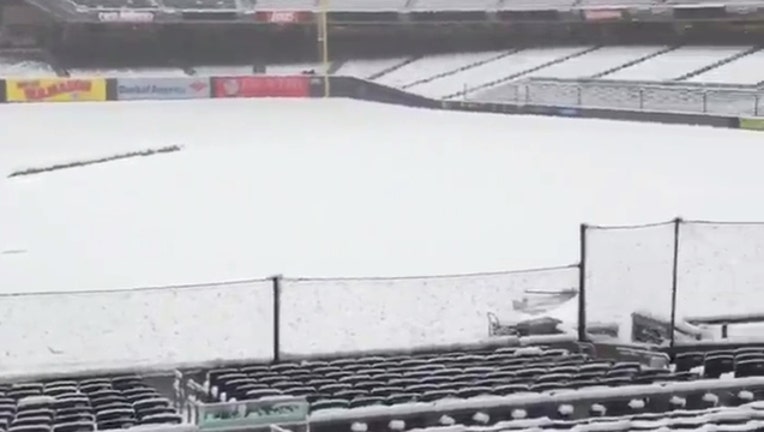 NEW YORK - Aaron Boone woke up before heading to the ballpark for his first home opener as New York Yankees manager and peeked outside the window.

Two hours later, the Yankees postponed Monday's game against the Tampa Bay Rays and rescheduled it for 4:05 p.m. Tuesday.

No. 5 starter Jordan Montgomery remains the scheduled pitcher for the Yankees. The Rays will shift to ace Chris Archer in place of Austin Pruitt, who won Thursday's opener in relief.

New York's opener against Houston at Yankee Stadium two years ago was postponed because of a forecast of bad weather and rescheduled for the following day.

Monday's fast-moving spring snowstorm swept through parts of the Northeast. The decision to start later in the day Tuesday was made because rain is forecast for the morning. The snowstorm was the fifth to move through the area after four nor'easters in March.