With the increased fire danger throughout many areas of the Southwest, cities are looking to alternatives for their Fourth of July shows.

Many communities across the country will be using drones instead of lighting off fireworks this holiday.

Hire UAV Pro, a Denver-based company, uses its drones to produce a synchronized light display. Graham Hill, the owner of the drone company, says that his phone has been constantly ringing since fire bans were issued.

Drone light shows can use upwards of 1,000 drones that fly in formation in a constant location. The drones are programmed to perform light effects, animations, and even dances.

Hire UAV Pro says that its light shows take up the entire sky, going up to 400 feet and spreading out hundreds of feet, depending on the number of drones.

Hill says that Colorado has been proactive about canceling fireworks since last year's Marshall Fire.

"The biggest push towards doing this to replace fireworks came with the fires in Louisville, which sparked up in winter," Hill explained. "And I think that's really what alarmed everyone to the possibility that, well, we're having that much widespread destruction from fires in January, February. We really need to get ahead of this for the summer."

The company has the entire Fourth of July weekend lined up with drone shows for several cities in Colorado.

WILDFIRES SCORCH MORE THAN 3.2 MILLION ACRES OF LAND FROM COAST TO COAST

And with the increased wildfire concerns, the Centennial State isn't the only area looking to the skies for a creative light display. 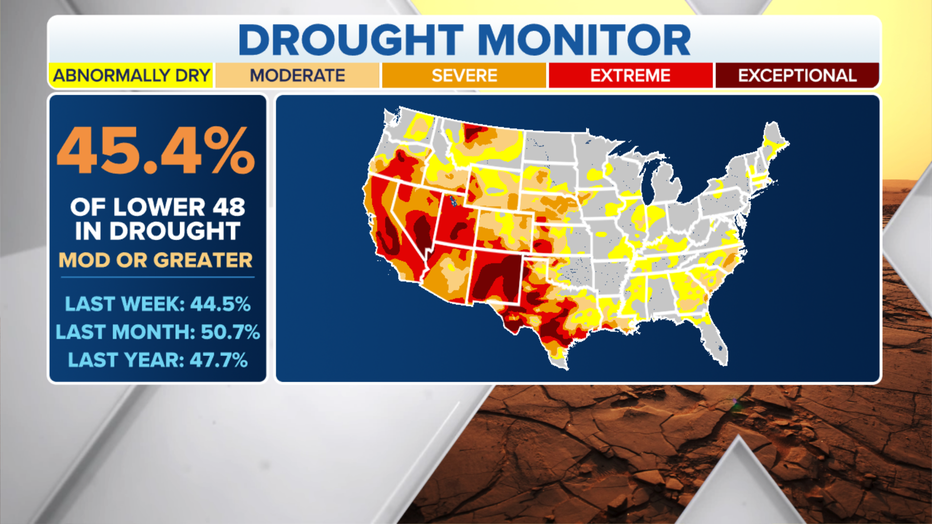 Many cities have even banned fireworks due to the extreme drought conditions across the Southwest.

Most of the western half of the U.S. is experiencing at least moderate drought conditions.

And with little drought relief in sight, Hill says he is already working to increase his fleet of drones for bookings in 2023.

"If we can help communities still have fun and safe outdoor entertainment, and hopefully people think that it's cool, then I think that, you know, there's no limit to how far this can go," Hill said.