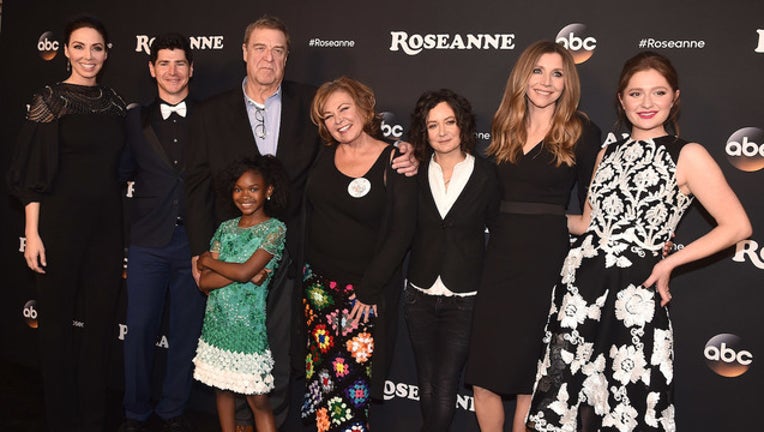 (FoxNews.com) - ABC is reportedly looking into rebooting "Roseanne," but this time the series will be focused on Sara Gilbert.

According to TMZ, ABC is seeing if there is a possibility of "re-branding the show and focusing on" Gilbert's character, Darlene Conner, rather than Roseanne.

Fox News has reached out to ABC for comment.

TMZ reports that Gilbert has been contacting her "Roseanne" cast members to see how much interest they have in a potential reboot just in case the network moves forward.

One person who may be onboard is John Goodman. Goodman, who plays Roseanne's husband and Gilbert's father on the comedy, is reportedly "very interested."

Gilbert and Goodman's reps did not immediately return Fox News' requests for comment.

In addition, Tom Werner, the producer behind "Roseanne," is also involved in the reboot efforts, reports TMZ.

ABC Entertainment President Channing Dungey said in a statement on Tuesday that the network would not be producing the show's second season.

"Roseanne's Twitter statement is abhorrent, repugnant and inconsistent with our values, and we have decided to cancel her show," Dungey told Fox News.

The news came after Barr went into emergency damage-control mode following a politically charged tweet she sent linking Chelsea Clinton to liberal donor George Soros and a racially charged tweet saying Jarrett, who is African-American and born in Iran, is like the "muslim brotherhood & planet of the apes had a baby."