FOX is one of several companies behind The Roybal Film and Television Production Magnet, FOX 11's Hailey Winslow explains.

Last week, the actor helped kick off the school year at the Roybal Film and Television Production Magnet, a new program at the Roybal Learning Center, in downtown Los Angeles.

The specialized academy is designed to drive transformational change across the entertainment industry for students from underserved communities.

FOX Entertainment CEO Charlie Collier has joined the Roybal Advisory Board, which also includes top executives from Amazon, NBCUniversal, Disney, and Paramount, along with actors such as Mindy Kaling, Eva Longoria, Don Cheadle, and Clooney.

"If it works then we get to move this; we get to take it to New York, Atlanta, Chicago, and we can very quickly change the face of our industry in a big way. And that’s because all of you young people sitting here today who we are placing our hopes and dreams on," Clooney told the students. 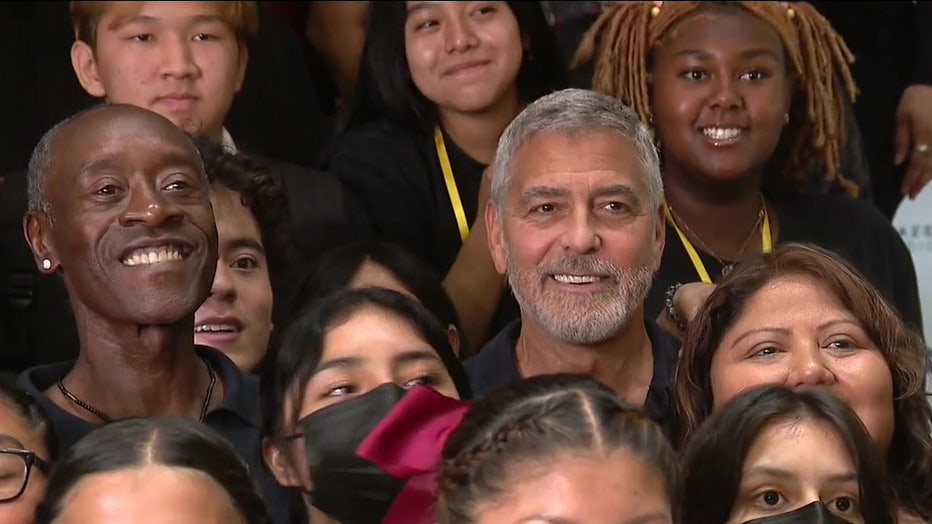 Don Cheadle and George Clooney pose with some of the new Roybal students.

For sophomore Alina Salgado, who wants to be an actor, the new school is a blessing.

"I actually grew up in kind of a sucky neighborhood and I feel like now I’m getting more opportunities thanks to George Clooney," she said. 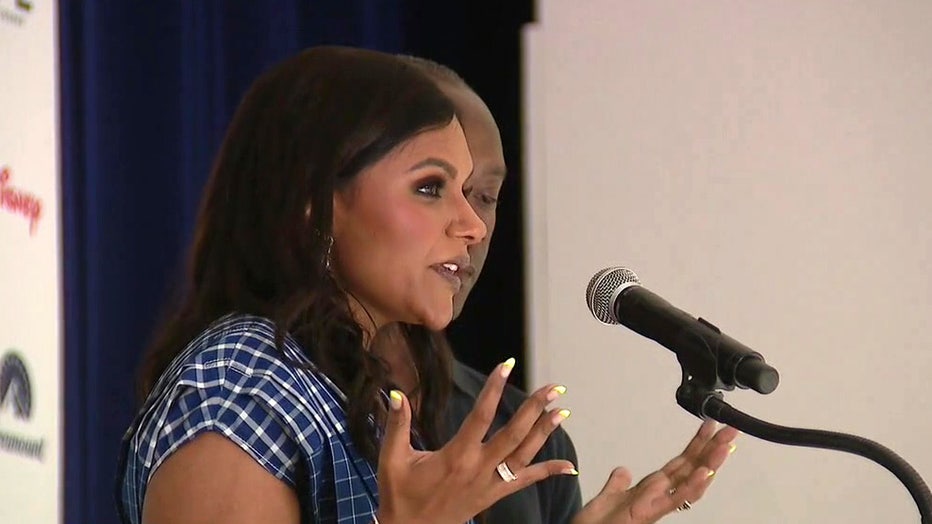 Mindy Kaling and Don Cheadle shared their thoughts with students.

FOX employees will work with the Roybal curriculum team to develop programs, workshops and hands-on experiences for students to participant in at their campus as well as on the FOX Studio Lot.

The focus is on the 65,000 below-the-line Hollywood jobs, like scriptwriter or 3D cinematic artist – both careers junior David Flores is interested in pursuing.

"There’s not just the mainstream jobs everybody knows about," Flores said. 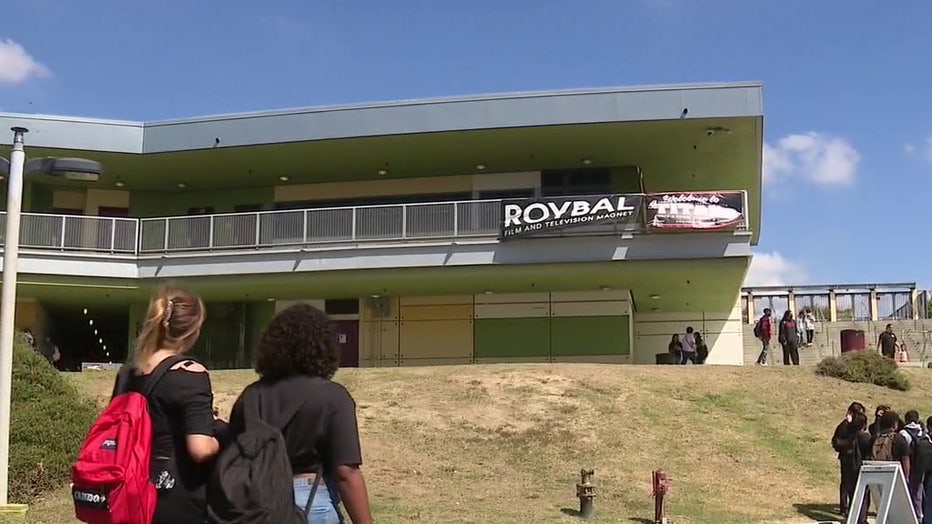 The magnet school officially opened in August with 150 ninth- and 10th-grade students, and will expand to grades 11 and 12 grades over the next two years.

"I believe they are already stars, they will become superstars because of the decision adults made to come together, carve out common ground and elevate their possibility," mentioned LAUSD Superintendent Alberto Carvalho. 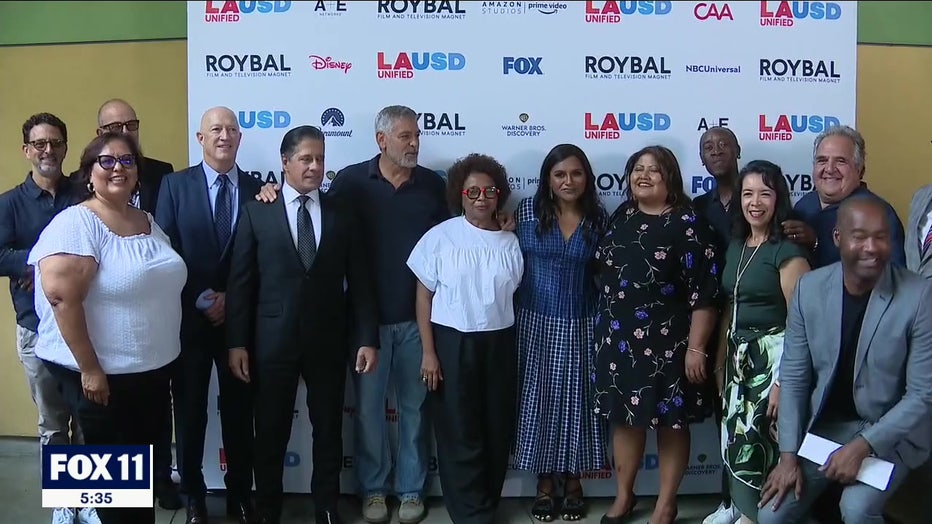 Actor Don Cheadle says the best advice he would give students is to follow their dreams. "Follow your dreams and learn your skill. Don’t just have a dream without work. Don’t just wish on it work on it."