Police have released body camera footage from the scene of the "Rust" film set where Alec Baldwin fatally shot Halyna Hutchins while filming a scene for the movie. The shooting is still under investigation and a wrongful death lawsuit has been filed against the production and Baldwin on behalf of Hutchins' family.

Nearly a year after the fatal shooting of cinematographer Halyna Hutchins on the film set of "Rust," Alec Baldwin and the movie’s producers have reached a settlement in the wrongful death lawsuit filed by Hutchins’ family.

Hutchins’ family had filed a wrongful death lawsuit on Feb. 15 over the shooting on Oct. 21, 2021. Baldwin, the film’s star and producer, was pointing a gun at Hutchins when it went off, killing her and wounding the director, Joel Souza.

They had been inside a small church outside of Santa Fe, New Mexico, during setup for filming a scene. 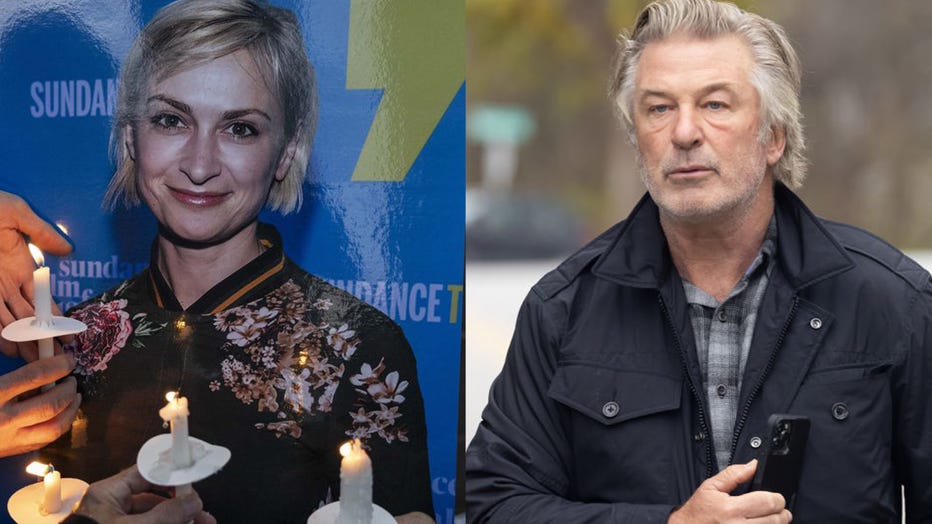 (LEFT) Locals and members of the local film community mourn the loss of cinematographer Halyna Hutchins, who died after being shot by Alec Baldwin on the set of his movie "Rust" at a vigil in Albuquerque, New Mexico, U.S., October 23, 2021. (RIGHT) A

"We have reached a settlement, subject to court approval, for our wrongful death case against the producers of ‘Rust,’ including Alec Baldwin and Rust Movie Productions, LLC. As part of that settlement, our case will be dismissed," Matthew Hutchins, husband of the late Halyna Hutchins, said in a statement on Wednesday morning that was first obtained by Deadline.

As part of the settlement, Matthew Hutchins will become an executive producer on the film, which will resume "with all the original principal players on board in January 2023," the statement noted.

"I have no interest in engaging in recriminations or attribution of blame (to the producers or Mr. Baldwin). All of us believe Halyna’s death was a terrible accident," Matthew Hutchins’ statement added. "I am grateful that the producers and the entertainment community have come together to pay tribute to Halyna’s final work."

Baldwin has said the gun went off accidentally and that he did not pull the trigger. But a recent FBI forensic report found the weapon could not have been fired unless someone pulled the trigger.

The film’s armorer, Hannah Gutierrez-Reed, has been named in several lawsuits. 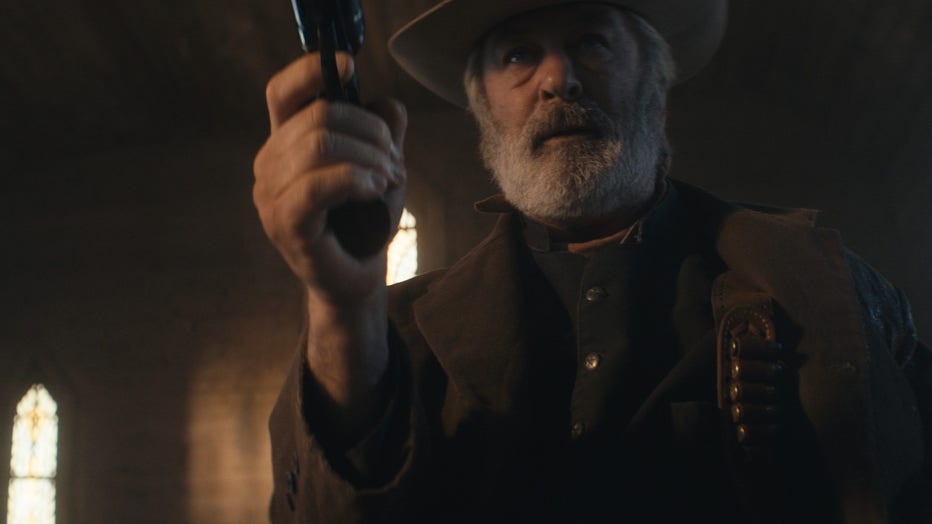 A screengrab from rehearsal footage shows actor Alec Baldwin on the set of "Rust" practicing with a gun prior to the fatal Oct. 21, 2021, shooting near Santa Fe, New Mexico. (Credit: Santa Fe Sheriff’s Office)

Last month, it was revealed that New Mexico granted funds to pay for possible prosecutions connected to the fatal film-set shooting. However, the Santa Fe Sheriff’s Office has not charged anyone in the shooting.

Rust Movie Productions, LLC, through its attorney, Melina Spadone of Pillsbury Winthrop Shaw Pittman, said in a statement to Deadline: "We are pleased the parties came together to resolve this matter, which, subject to court approval, marks an important step forward in celebrating Halyna’s life and honoring her work."

Baldwin’s attorney Luke Nikas also shared a statement regarding the settlement, which added: "Throughout this difficult process, everyone has maintained the specific desire to do what is best for Halyna’s son. We are grateful to everyone who contributed to the resolution of this tragic and painful situation."