BTS is a seven-member boy band from South Korea who made their world debut in 2013.

K-Pop stars BTS are coming soon to Disney+ as part of a huge deal. The singing sensations are collaborating with the Walt Disney Company through their management company HYBE for new streaming content.

HYBE is set to produce five new streaming projects on Disney’s platform including three exclusive series showcasing a few of the Korean band members, according to a release from Disney on July 11.

The three BTS series coming to Disney+ are:

"BTS Monuments: Beyond the Star:" The original docuseries is set for release in 2023 on Disney+ will follow the journey of BTS with access to a large library of music and footage from the past nine years. "The series will also feature the daily lives, thoughts and plans of BTS members, as they prepare for their second chapter," according to the release.

"We are thrilled to be collaborating with HYBE to showcase their original content created with powerful artist IP on our global streaming services including Disney+," Jessica Kam-Engle, APAC Head of Content for The Walt Disney Company, said in a statement. "This collaboration represents our creative ambition – to work with iconic content creators and top stars in Asia Pacific so their talent can be enjoyed by mainstream audiences in multiple ways. We believe these new titles will captivate consumers worldwide and look forward to introducing more music content on our service."

The Walt Disney and Hybe collaboration will highlight the star group and showcase South Korea’s music and entertainment scene, according to a release from Disney. 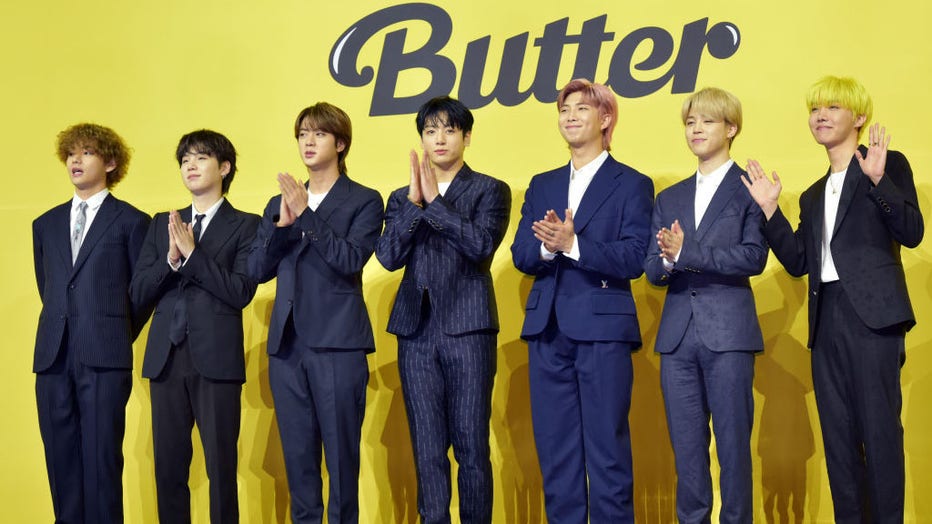 BTS attends a press conference for BTS's new digital single 'Butter' at Olympic Hall on May 21, 2021 in Seoul, South Korea. (The Chosunilbo JNS/Imazins via Getty Images)

"This will be the start of a long-term collaboration, where we present worldwide audiences a wide range of HYBE content for fans who love our music and artists," Park Ji-won, CEO of HYBE, said in a statement. "The Walt Disney Company has a long history of franchise building and promoting musical artists, with its unparalleled brands and platforms."

As the most successful K-pop band to date with hits like "Dynamite" and "Butter," BTS has for years commanded tremendous attention on social media and with each new music release.

The group recently performed several sold-out shows in the United States, became the first K-pop act to get a Grammy Award nomination, released an anthology album, "Proof," and channeled their global influence with an address at the United Nations and a trip to the White House to campaign against hate crimes directed at Asians.