WASHINGTON - President Joe Biden is set to welcome K-Pop superstar group BTS to the White House to discuss anti-Asian hate crimes and discrimination, issues that have become more prominent since the start of the pandemic.

The seven-member boyband will join Biden on May 31, which is the final day of Asian American, Native Hawaiian and Pacific Islander (AANHPI) Heritage Month, the White House said in a statement. The group will also discuss "Asian inclusion and representation."

"President Biden and BTS will also discuss the importance of diversity and inclusion and BTS’ platform as youth ambassadors who spread a message of hope and positivity across the world," the statement said in part.

BTS was named artist of the year and favorite pop duo or group, and also won the favorite pop song award for "Butter" at the American Music Awards in 2021. The group has had six No. 1 songs on the Billboard Hot 100.

Since their debut in 2013, BTS has garnered global recognition for their self-produced music and activism, which includes giving a speech at the United Nations and publicly calling out anti-Asian racism. 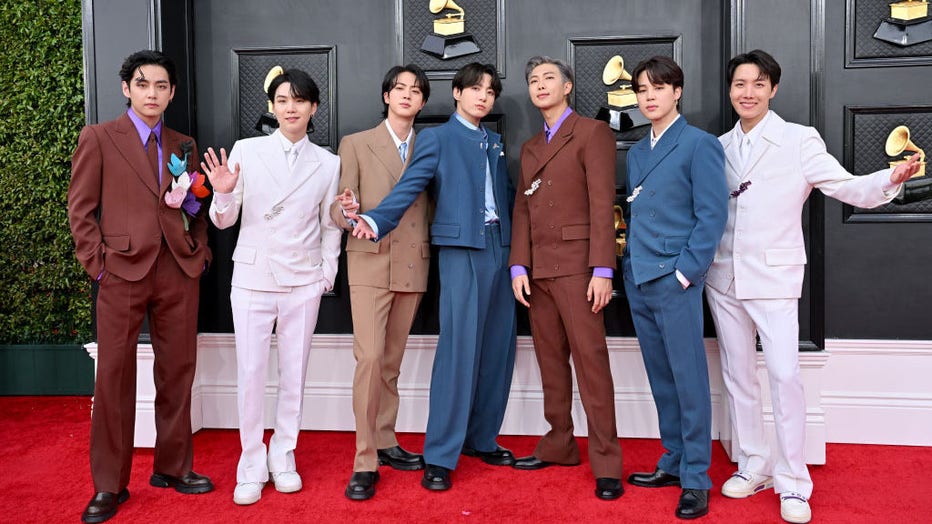 In the U.S., hateful attacks against the Asian American and Pacific Islander communities surged during the pandemic, with many sharing stories of blatant attacks from people blaming them for the rise of COVID-19. The Stop AAPI Hate coalition out of San Francisco State University tracked more than 10,000 incidents of hate from March 2020 through September 2021.

A separate study by UC San Francisco found that in the week after then-President Donald Trump tweeted about "the Chinese virus" on March 16, 2020, the number of coronavirus-related tweets with anti-Asian hashtags spiked.

BTS, of which the members are all from South Korea, issued a statement about their own experiences with racism in the wake of anti-Asian hate crimes in the U.S., including a series of 2021 shootings at Atlanta-area spas.

"We cannot put into words the pain of becoming the subject of hatred and violence," the band said in the March 29, 2021, statement, adding that their experiences made them feel powerless and chipped away at their self-esteem. In early 2021, a German radio station drew ire when a host compared the band to the coronavirus.

The band said that although the discrimination they endured is "inconsequential" compared to "events that have occurred over the past few weeks," they felt the need to speak out.

"What’s happening right now cannot be disassociated from our identity as Asians," the band said.

In May 2021, Biden signed legislation to curb the rise in anti-Asian hate crimes after support from members of Congress from both parties.

The law expedites Justice Department reviews of hate crimes by putting an official in charge of the effort. Biden said it would also provide more training to help law enforcement properly identify and investigate hate crimes.

"Hate can be given no safe harbor in America," Biden proclaimed at the signing.