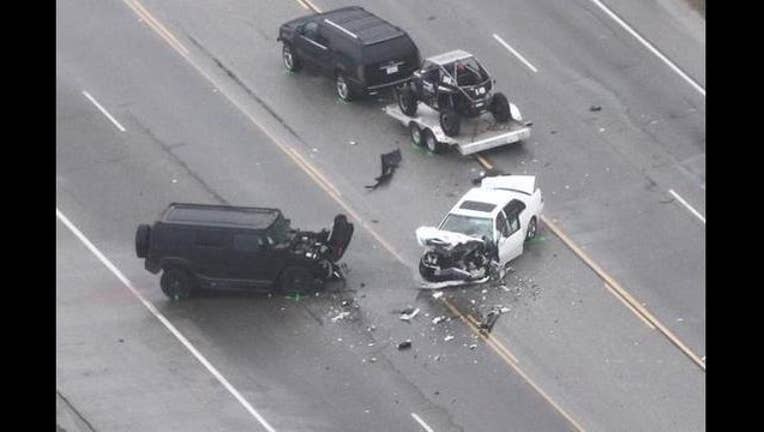 The Wolf-Milesi family of Malibu sued Jenner in Los Angeles Superior Court for negligence in the February crash, which killed one woman after Jenner rear-ended her car and pushed it into oncoming traffic on the Pacific Coast Highway.

Peter Wolf-Milesi suffered serious wrist injuries and his one-month old son was unresponsive after the accident, according to the lawsuit. Wolf-Milesi's wife also sustained blunt-force injuries and requires ongoing treatment, the suit states.

"The emotional effects of being involved in a collision that has taken the life of another has caused tremendous distress and suffering for the Wolf-Milesi family," the suit states.

Sheriff's investigators determined Jenner was traveling at an unsafe speed for the traffic conditions. Prosecutors declined to file a vehicular manslaughter charge against the 66-year-old Jenner, who was born as Bruce Jenner.

The accident occurred before Jenner announced she is transgender and transitioned into her new identity as Caitlyn.

After the accident, Jenner released a statement expressing sympathy to those involved in the accident.

"It is a devastating tragedy," the statement read. "I cannot pretend to imagine what this family is going through at this time. I am praying for them."

Jenner is also facing separate lawsuits by Howe's stepchildren and the driver of the other car involved in the collision.