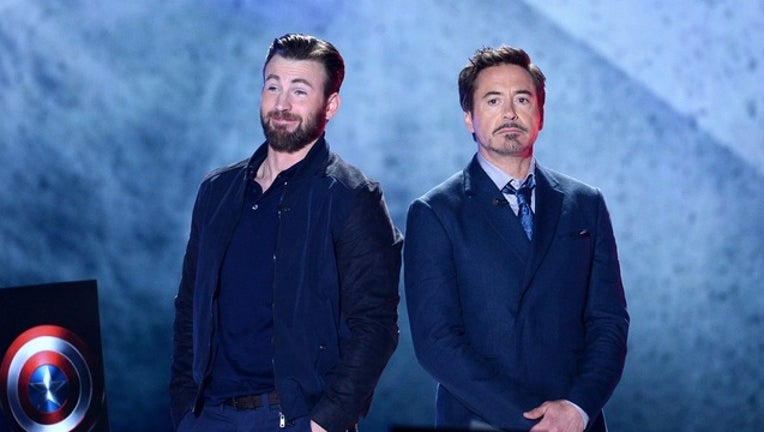 ATLANTA - If you’re not one of the nearly 5 million people who saw "Avengers: Infinity War" this past weekend, you might not want to skip this one for now because we’re about to reveal the biggest secret in Marvel Studio history.

The superhero-stuffed movie is number one in a two-part culmination of 10 years of storylines that began with Marvel Studios' "Iron Man" in 2008. The second installment is due to be released in May 2019. And it answers a lot of questions… none of which we’re going to reveal to you but this:

In the movie, Tony Stark, aka Iron Man, pulls out a flip phone (yeah, that happened) to reach out to the former Captain America who pledged to be there when he needed (a throwback to the end of "Captain America: Civil War").

The 678 area code is one of the four servicing the metro Atlanta area, one of the largest toll-free calling areas in the world. This is a clear nod to the state of Georgia, which for the past decade has been considered one of the top 3 film and television locations in the United States and one of the top 5 in the world. The state even overtook California in 2016 as the state location with the most feature films produced. It also is where many of the newer Marvel Studio movies have been filmed including "Avengers: Infinity War."

As for the phone number itself, callers won’t get a Marvel Easter egg when dialed. It will instead receive a “Your call cannot be completed as dialed…” automated message. The Cap is likely too indisposed at the moment to pay the bill. The exchange 136 is also not a typically used one in the area code.

"Avengers: Infinity War" opened Thursday nabbing the fourth biggest preview gross ever and earning $95 million in 43 countries ahead of what could be a record-breaking debut in North America.

Marvel Studios reported Friday that the crossover event "Infinity War" scooped up $39 million domestically from Thursday-night previews, the highest preview title for a Marvel film and the fourth biggest preview gross ever.

It also has so far earned $11.4 million in South Korea, $10 million in Australia and $9 million in the United Kingdom, as well as scoring the highest movie opening in countries including Brazil, the Philippines, Thailand, Indonesia, Malaysia, Hong Kong, Vietnam, and Chile. It opened in 21 countries on Wednesday and added 22 on Thursday.

Hollywood is watching to see if the film - featuring the Avengers and Guardians of the Galaxy - can smash the opening domestic weekend box-office record currently held by "Star Wars: The Force Awakens." That film opened to $248 million in sales in its opening weekend in December 2015.

"Infinity War" is a two-part culmination of 10 years of storylines that began with Marvel Studios' "Iron Man" in 2008. The second installment is due to be released in May 2019.

Just trust us on the phone number.