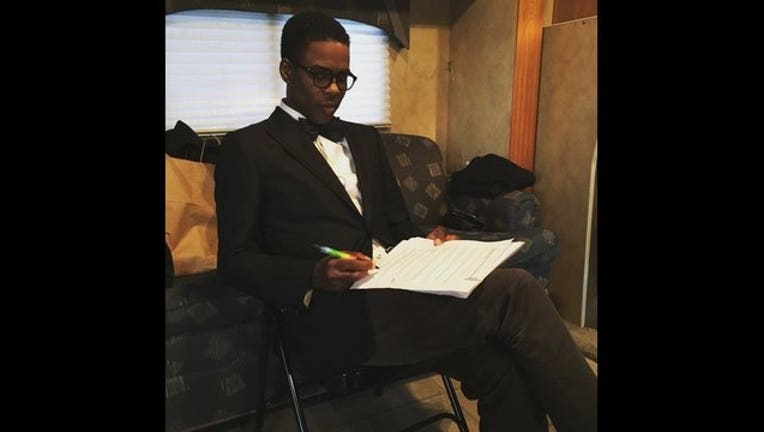 HOLLYWOOD (FOX 11 / CNS) - Oscars host Chris Rock pulled no punches Sunday night as he addressed the lack of diversity among this year's nominees, calling the event the "White People's Choice Awards'' while mocking those who called for a
boycott of the event.

As he took the stage at the Dolby Theatre following a montage of film clips from the past year, Rock quickly pointed out, "I counted at least 15 black people in that montage.''

He joked that if Oscar hosts were chosen through a nominations process, "I wouldn't even get this job.''

"Y'all would be watching Neil Patrick Harris right now,'' he said.

Rock said there were people who told him he should quit the hosting job in protest over the lack of black acting nominees.

"How come it's only unemployed people who tell you you should quit something?'' Rock said, noting that the show would go on with or without him.

"They're not going to cancel the Oscars because I quit,'' he joked. "... And the last thing I need is to lose another job to Kevin Hart.''

Rock took a pointed shot at actress Jada Pinkett Smith, who was one of the first celebrities to come forward to announce plans to boycott this year's telecast over the lack of diversity.

"Jada boycotting the Oscars is like me boycotting Rihanna's panties -- I wasn't invited,'' he quipped. "That's not an invitation I would turn down.''

Rock said Smith was understandably upset because her husband, Will Smith, wasn't nominated for his critically acclaimed work in "Concussion,'' then added, "It's also not fair that Will was paid $20 million for `Wild Wild West.'''

"We got a black Rocky this year,'' he said. "Some people call it 'Creed.' I call it 'Black Rocky.' ... 'Rocky' takes place in a world where white athletes are as good as black athletes. 'Rocky's a science fiction
movie.''

In the end, Rock said the diversity debate boils down to one thing: "It's not about boycotting anything. We want opportunities. We want black actors to get the same opportunities. ... That's it.''

Tap here to read a full transcript of his opening monologue.