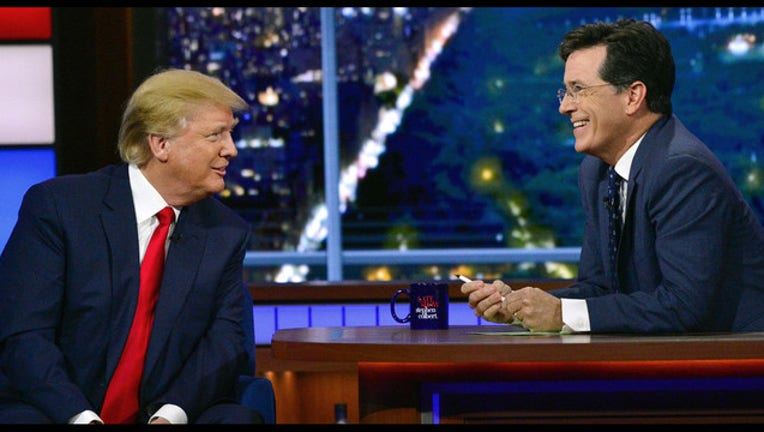 NEW YORK (AP) — Stephen Colbert may not respect much of what Donald Trump says, but he does admire the Republican's ability to craft a message that many voters are responding to.

"There is a populism to Trump that I find very appealing," Colbert said on an interview to be shown on CBS' "Face the Nation" this Sunday. "And it's only this: the party elders want him to go away, but the people have decided that he's not going to."

The "Late Show" host, like most late-night comedians, has feasted on the New York businessman's campaign. And he makes it clear that he disagrees with many of Trump's "more than a little shocking" policy proposals.

But his ability to attract support in the face of establishment rejection is "the one saving grace of his candidacy," Colbert said.

Colbert's comments come with their own backdrop. After a fast start in September, he's been sagging in the ratings against competitors Jimmy Fallon and Jimmy Kimmel. A poll found Colbert is more popular among Democrats than Republicans, perhaps a vestige of his character as a blowhard political commentator on Comedy Central's "The Colbert Report."

Colbert told "Face the Nation" moderator John Dickerson that one of the reasons he ended "The Colbert Report" was a sense that people were getting tired of divisiveness.

"That's what I was aping," Colbert said. "And I thought, 'I can't really drink that cup anymore.'"