DeSantis spoke about rescue efforts after Hurricane Ian devastated parts of the state.

The death toll from Hurricane Ian climbed over the weekend as fatalities in North Carolina, Florida and Cuba brought the total to at least 65 people.

Hurricane Ian made landfall Wednesday afternoon near Cayo Costa, Florida, as a catastrophic Category 4 storm with winds of 150 mph. Those winds pushed massive amounts of water onshore from the Gulf of Mexico, flooding homes and washing away roads and bridges needed to access beachfront locations.

Ian exited Florida on Thursday before barreling toward the South Carolina coast, where it made another landfall Friday afternoon as a Category 1 hurricane with winds of 85 mph.

Nearly 5 dozen deaths have been reported in Florida as crews continue the painstaking task of making their way through homes in Ian's path that were damaged and destroyed. 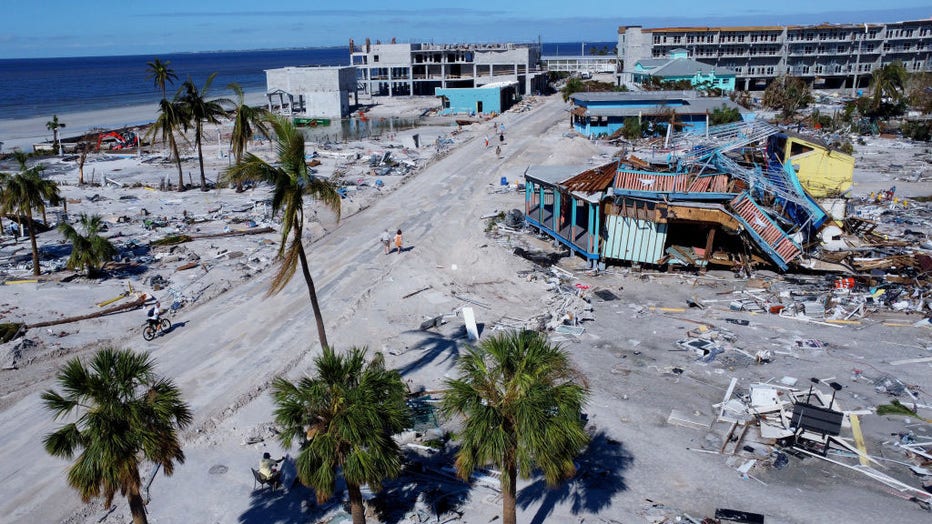 The Florida District of Medical Examiners, the official source for fatality information for the state, confirmed at least 58 storm-related deaths by Saturday afternoon. The majority of the victims were in hard-hit Lee County. At least 18 of the storm victims drowned.

Below is a list of the number of deaths being reported in each county by FDME thus far:

Various state and local officials have said they are also investigating several more deaths that may have been related to Ian. Those were described as "unconfirmed fatalities" by Florida Division of Emergency Management Director Kevin Guthrie on Friday.

"There's a potential for significant fatalities, but I think it's too soon to put any type of numbers on that," Florida Gov. Ron DeSantis told FOX News on Thursday during "America's Newsroom."

Officials in North Carolina on Sunday reported four people there died as a result of Hurricane Ian.

Three fatalities were reported in Johnston County, while one fatality was reported in Martin County. Two of those four deaths were from storm-related vehicle crashes.

According to the Associated Press, the other deaths included a man who drowned when his truck crashed into a swamp and one in Johnston County who was killed by carbon monoxide poisoning from improper use of a generator.

The United Nations reports the death count in Cuba has risen to three.

Assessments are still underway, but an initial survey said more than 30,000 homes were either damaged or destroyed by the Category 3 storm.

In addition to damage infrastructure, the UN reports agriculture and crop production have been severely affected.

Thousands of first responders who arrived Thursday have been busy identifying those who need help, restoring power and re-establishing communications.

"This is a monumental effort, and these next 72 hours are really about securing people's safety and stabilizing the situation," DeSantis told FOX News.

President Joe Biden on Sunday tweeted that his administration will do everything possible to get impacted communities back on their feet, not only in Florida and the Carolinas after Hurricane Ian, but also in Puerto Rico.

The U.S. territory suffered an island-wide blackout and major damage after Hurricane Fiona swept through that region at the end of September.

"This is not just a crisis in Florida. Or in South Carolina. Or in Puerto Rico," Biden tweeted. "It's a United States crisis. We'll do everything we can to get these communities back on their feet."

'THE POWER OF THE STORM IS BEING UNLEASHED': STORM SURGES FROM IAN FLOOD FORT MYERS

Hurricane Ian left behind damaged power infrastructure in at least two counties in Florida, and at least two bridges were heavily damaged. Among them was the Sanibel Causeway, the main road on and off Sanibel Island.

"We know Sanibel Causeway, and we also know Pine Island Bridge – those two are not passable, and they are going to require structural rebuild," DeSantis said. 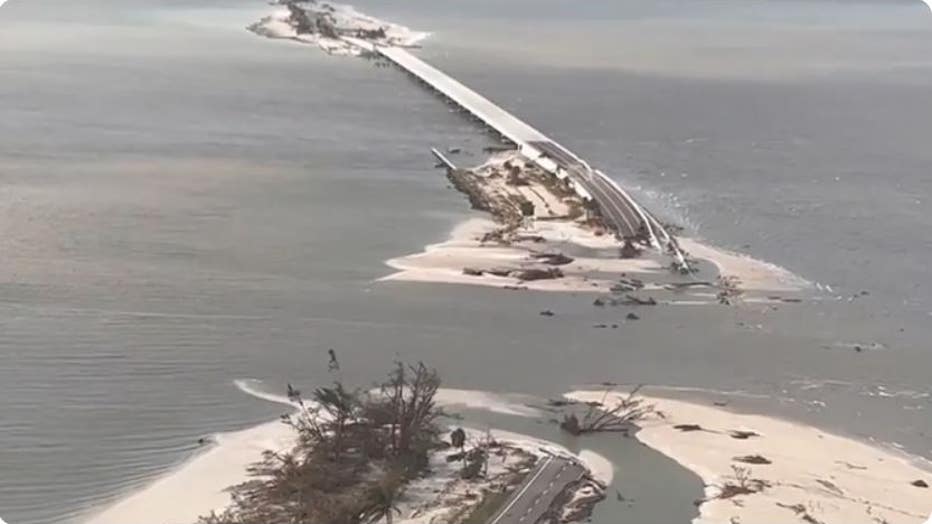 In Central Florida, more than 20,000 responders arrived Thursday with recovery efforts, Guthrie said. More than 300 truckloads of food and water are in the area now, and most school districts will be able to reopen by Monday.

A senior living facility in Orlando was evacuated as floodwaters continued to rise after Ian dumped more than a foot of rain on the region. The FOX Forecast Center said the Orlando area experienced a 200-year flood event.

'WE KNEW HE NEEDED HELP': GOOD SAMARITANS SAVE FLORIDA MAN FROM FLOODED CAR DURING IAN'S WRATH

President Joe Biden offered his support Thursday morning to DeSantis, who received a major disaster declaration for nine counties: Charlotte, Collier, DeSoto, Hardy, Hillsborough, Lee, Manatee, Pinellas, and Sarasota. Residents in those counties can begin seeking assistance from the Federal Emergency Management Agency, according to DeSantis. More counties are expected to be added to the disaster declaration in the coming days.