The Department of Justice is reportedly investigating the actions and correspondence of former President Trump in its investigation of his inner circle’s alleged efforts to overturn the 2020 election.

The Washington Post reported Tuesday that the DOJ has, before a grand jury, asked witnesses about meetings Trump had in December 2020 and January 2021 as well as his pressure campaign on Vice President Mike Pence to overturn the 2020 election.

People familiar with the matter told The Post that the questions focused on the extent of Trump’s involvement in this effort. Until then, the DOJ has focused its investigation on Trump’s lawyers, John Eastman and Rudy Giuliani.

Former Pence aid Marc Short confirmed to Fox News Special Report host Bret Baier that he had been recently interviewed by a grand jury in Washington but would not specify the details of the questioning. 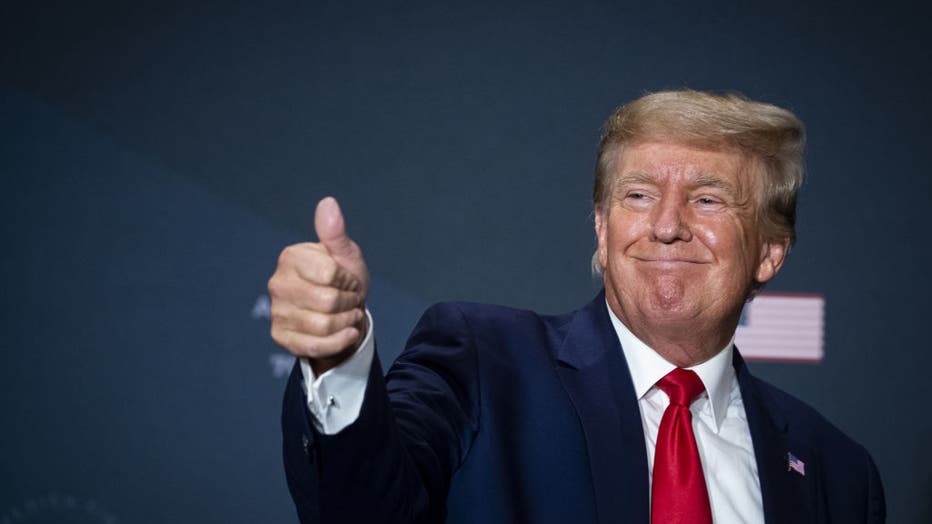 Former US President Donald Trump gives a thumbs up during the America First Policy Institute's America First Agenda Summit in Washington, D.C., US, on Tuesday, July 26, 2022. Trumps remarks come on the heels of a House hearing that portrayed him stan

The DOJ did not respond to Fox News’ request for comment.

The DOJ’s probe is separate from the House Jan. 6 committee, which has been investigating the assault on the U.S. Capitol but does not have the power to launch criminal investigations, unlike the DOJ.

Tuesday’s report came hours after Attorney General Merrick Garland gave an interview with NBC Night News in which he did not rule out the possibility of prosecuting the former president.

Asked if indicting a former president would create further division in the country, Garland said the U.S. Justice Department will pursue justice "without fear or favor."

"We intend to hold everyone, anyone who was criminally responsible for the events surrounding January 6, for any attempt to interfere with the lawful transfer of power from one administration to another, accountable," he said. "That's what we do."