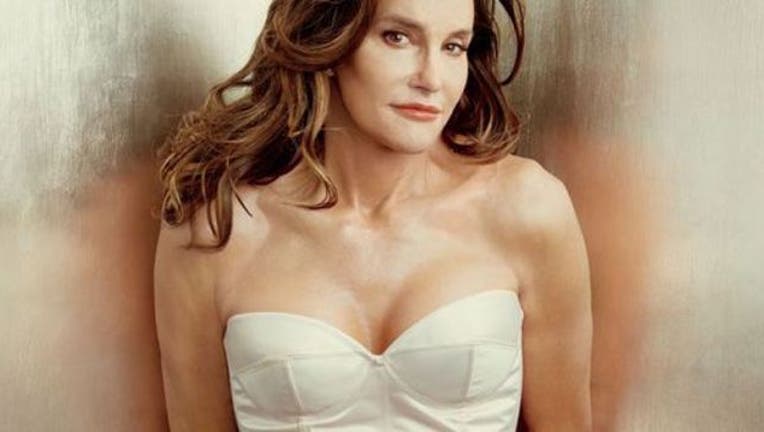 NEW YORK (AP) — Caitlyn Jenner, Reese Witherspoon, Misty Copeland and five women touched by the South Carolina church massacre and lauded in the aftermath as "The Peacemakers of Charleston" are among this year's honorees as Glamour magazine's Women of the Year.

Victoria Beckham, billionaire entrepreneur Elizabeth Holmes, Planned Parenthoood's Cecile Richards and the women's FIFA soccer Team USA round out the Class of 2015, announced Thursday. They will be honored at a gala on Nov. 9 at Carnegie Hall.

Witherspoon was selected for the magazine's December cover, to hit newsstands Nov. 10, while Jenner, Copeland and Holmes will be pictured on foldout covers.

This year is the 25th anniversary of the awards celebrating the achievements of diverse women in entertainment, fashion, politics and business. Amy Schumer will open the ceremony that draws a star-studded crowd each year. Former honorees Madeleine Albright, Serena Williams and Billie Jean King will be among the guests to help mark the awards' quarter-century. Jennifer Hudson and Ellie Goulding will perform.

The honorees announcement came just a few days after word of Jenner's inclusion leaked, prompting a backlash on social media with criticism of her inclusion as a transgender woman of wealth and privilege. Some apparently thought Jenner was THE woman of the year, as opposed to one of many.

"Where there is hateful chatter on Twitter, there is just as much, if not more, love and support. We prefer to focus on the positive," Jenner said through a spokesman ahead of the announcement.

Cindi Leive, Glamour's editor-in-chief, said in an interview that criticism of Jenner's inclusion "certainly gives you an appreciation for the hostility to the trans community that still exists out there." The awards, she said, are intended to honor diversity among women leaders and trailblazers who are as "diverse as the population of women in this world."

"We're proud of that and we're proud of what Caitlyn Jenner has done to illuminate what so many in the trans community go through," Leive added.

To mark the 25th anniversary, the Empire State Building will be lit in Glamour's signature pink the night of the awards, and Mayor Bill de Blasio will proclaim Nov. 9 the Women of the Year Day, the magazine said.

Among the honorees' achievements as noted in the Glamour spread:

— Witherspoon: She co-founded a production company, Pacific Standard, and started buying up books and scripts featuring female protagonists as a way to fight the gender gap in Hollywood. By 2015, the company's "Wild" and "Gone Girl" earned Oscar nominations for Witherspoon, Laura Dern and Rosamund Pike.

— Copeland: She became the first female African-American principal at the American Ballet Theatre in June. It had been a long struggle. She began dancing relatively late in childhood and had gotten used to being the only woman of color in the room. Then late-onset puberty brought on curves and a more muscular build that took her physique beyond the tiny ballet ideal. She fought back from injuries and prevailed.

— Jenner: After years of hiding her true self, the Olympic hero and Kardashian-Jenner family reality TV parent has faced her share of critics since coming out as a trans woman earlier this year, including some within the trans community who felt her wealth and privilege made her an outsider in their world, too. Jenner, who turned 66 on Wednesday, vowed to educate herself while educating others through her docuseries, "I Am Cait," which was just picked up by E! for a second season.

— Charleston Strong: The June shooting at the black Emanuel African Methodist Episcopal Church in Charleston, South Carolina, brought on mass protests over racial injustice. For these Glamour's honorees, it was personal. Alana Simmons, Nadine Collier, Bethane Middleton-Brown, Felicia Sanders and Polly Sheppard lost loved ones and two nearly their own lives, but all, one by one, stood up in a courtroom at the bond hearing for the young, white defendant and declared their anger but not their hate.

— Beckham: She came to the fashion world as a Spice Girl celebrity but rolled up her sleeves to make her own way as a designer as she balanced life as the wife of David Beckham and mother of their four children, some of whom have followed her into the industry. She has also helped raise several million dollars for AIDS research.

— Team USA: Early on, the U.S. national team had been written off as having no chance of taking the FIFA Women's World Cup. They dominated and became vocal advocates for women in soccer.

— Holmes: She founded her fledgling blood-testing company, now called Theranos, in her dorm room after dropping out of Stanford as an undergraduate but convincing an engineering professor to admit her into his graduate research lab. Her mission: to democratize access to potentially lifesaving lab testing by making it painless, accessible and affordable.

— Richards: The president of the Planned Parenthood Federation of America is the daughter of a civil rights lawyer-dad and a politician woman, the late Texas Gov. Ann Richards. She has been an organizer since her days at Brown, where she missed graduation to protest South African apartheid. She admits she almost didn't go to her interview at Planned Parenthood, fearing she wouldn't measure up. Today, she is responsible for more than 10,000 employees at 700 Planned Parenthood centers across the country.