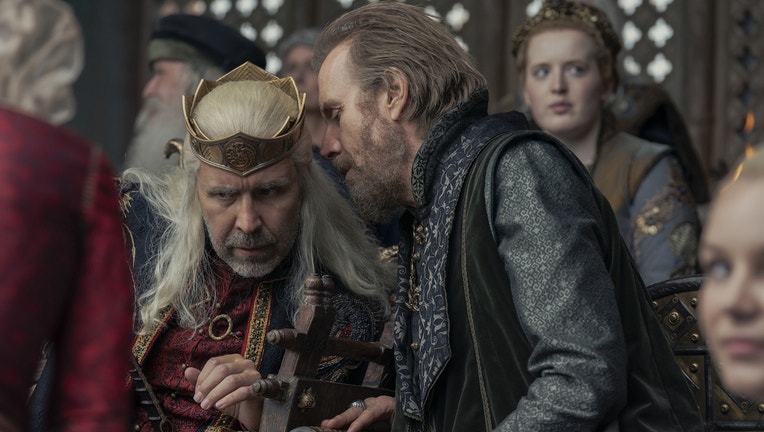 London, U.K. - The premiere of "House of the Dragon" had a lot riding on it (much like a Targaryen dragon).The unparalleled success of "Game of Thrones" all but guaranteed that viewership would be huge, while the chilly reception subsequent earned by that final "Thrones" season has left some viewers wary — they don’t want to be disappointed again.

Luckily, the solid premiere should have put many of those worries to rest. "House of the Dragon" is based on a section of George R.R. Martin’s prequel novel "Fire & Blood," which tells stories of House Targaryen in the style of a historical tome, but the premiere, "The Heirs of the Dragon," is anything but stuffy or dry, introducing us to the ancestors of Daenerys Targaryen as they navigate a succession crisis in the hey-day of the Targaryen dynasty. 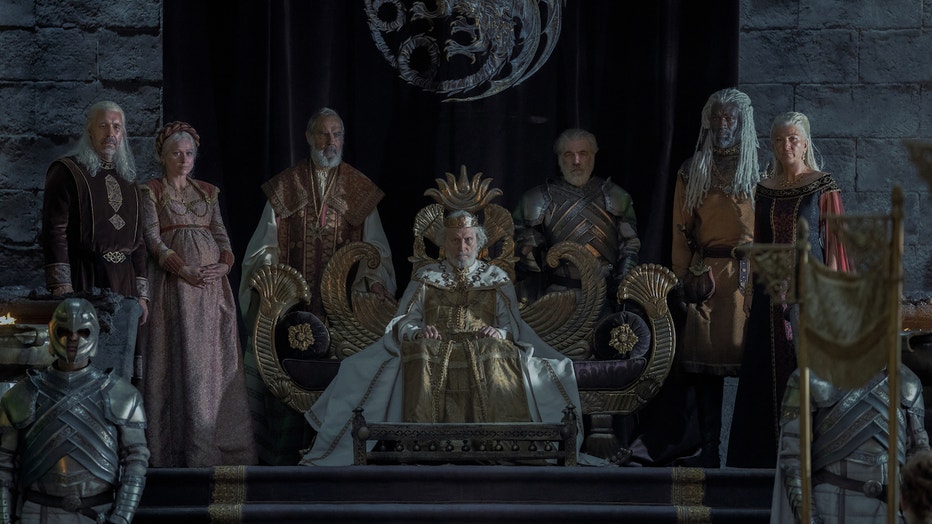 As the book series is currently unfinished, many die-hard book-readers will be tuning in to absorb any new material that might be important to Martin’s "A Song of Ice and Fire" series, while devoted show-watchers may just want to fly back to Westeros and see some dragons. "House of the Dragon," therefore, has to appeal to both people who are looking for some escapist fantasy and more eagle-eyed fans.

RELATED: ‘Game of Thrones: House of the Dragon’: Everything you need to know

But you don’t have to have seen "Game of Thrones" to follow along here. If you’re new to Westeros, you may have to pause to look up the occasional piece of Westerosi terminology (Hand of the King, Maester, the list goes on). You may also want to seek out a family tree, because wow, writer Ryan J. Condal (a co-showrunner on the series) does not skimp on the y-infused names. Still, "House of the Dragon" should be fine for "Thrones" newbies.

There are some things we’re expecting to see in every episode of this series: evidence of the show’s enormous budget, more dragons and a variety of silver wigs on show, for a start. But other things surprised us. If you’ve already watched the episode, consider this your refresher. If you haven’t yet watched, here’s what you need to know about "The Heirs of the Dragon."

RELATED: ‘House of the Dragon’ review: ‘Game of Thrones’ is back and better than ever

The big news out of Westeros

Women can’t rule… except when men say they can. 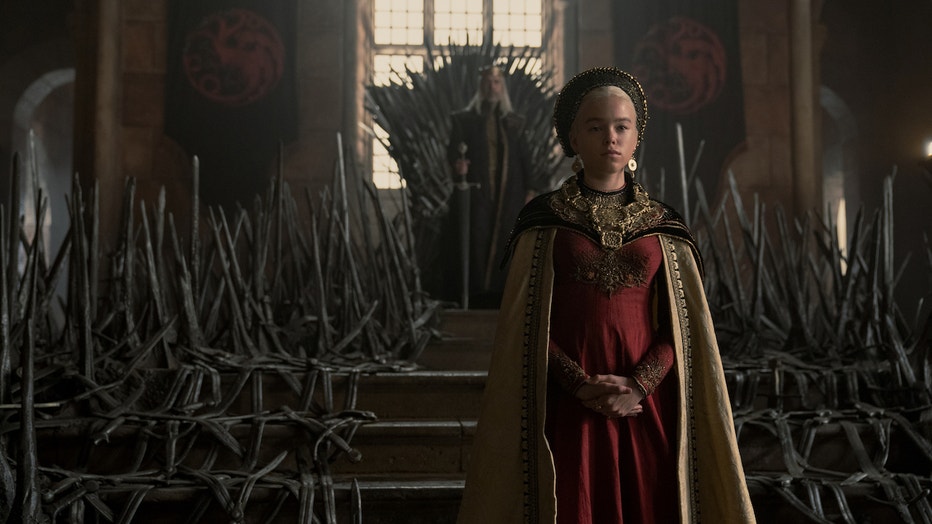 We start the episode in a council presided over by King Jaeherys (Michael Carter), who must name the next ruler of the Seven Kingdoms as he is left without a male heir. Although there are 14 candidates, only two have a really strong backing: Princess Rhaenys Velaryon (Eve Best), the king’s oldest living granddaughter, and Prince Viserys Targaryen (Paddy Considine), her cousin and Jaeherys’ oldest male heir. But no woman has ever sat on the Iron Throne, so Rhaenys is passed over, leading her to be dubbed The Queen Who Never Was. Viserys Targaryen becomes the new heir.

WATCH FREE ON TUBI: The historical drama series "Rome" — get the app

We then skip to the ninth year of Viserys’ reign. His wife, Aemma (Sian Brooke), is pregnant for the seventh time, and the King is certain that the baby will be a boy, even choosing to host a violent jousting tournament in the soon-to-be-heir’s honor. The couple’s only living child so far is teenaged Rhaneyra (Milly Alcock), and Viserys, a relatively new King, is having some trouble with ruling. Preventing a succession crisis is therefore paramount. 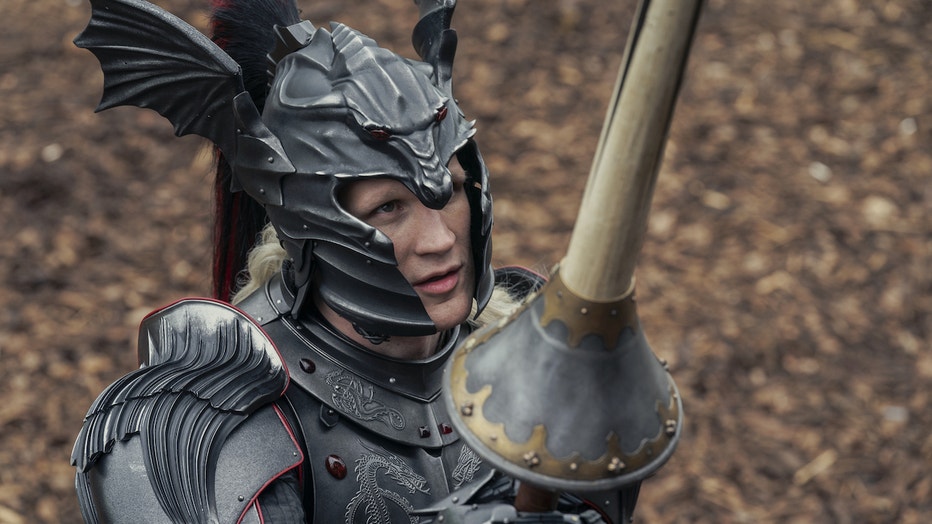 Throughout the episode we see the effect that the uncertainty of succession has on Rhaenyra, as well Viserys’ fiery and ambitious brother Daemon (Matt Smith), who is the current heir, Hand of the King Ser Otto Hightower (Rhys Ifans) and Alicent (Emily Carey), who is Hightower’s daughter as well as a dear friend to Rhaenyra. But no one is as affected as Aemma, Viserys’ wife and Queen Consort.

A breech birth puts Viserys in the position of having to choose between his wife and his unborn child, and Aemma is held down to her bed and subjected to a monstrous (and gory) impromptu C-section. It’s a scene that rivals the horror of the Red Wedding (an infamously shocking and bloody event in the third season of "Thrones"), and results in her death as well as the death of the newborn prince. 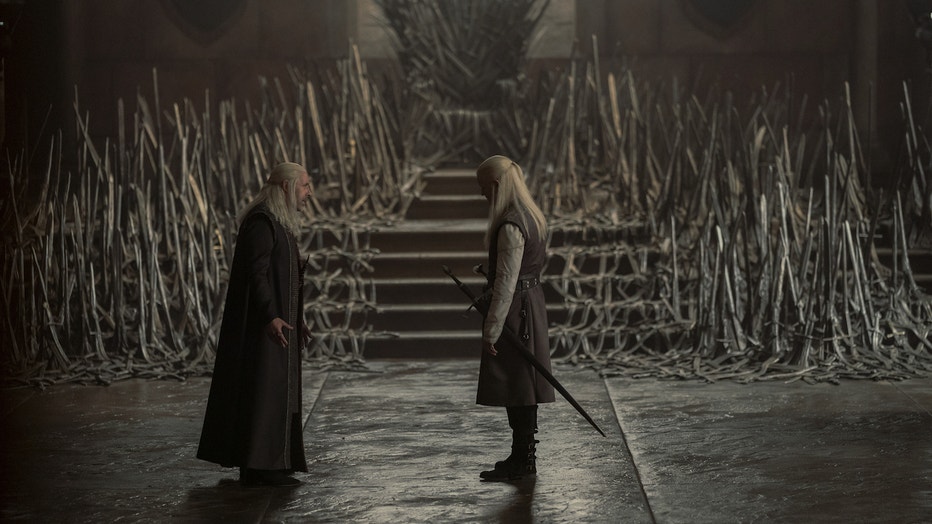 After learning of a callous remark made by his brother Daemon in reference to this tragedy, Viserys evicts him from King’s Landing and the line of succession alike; instead, young Rhaenyra is named his new heir, as an emotional Rhaenys looks on.

Also: The Hand has plans 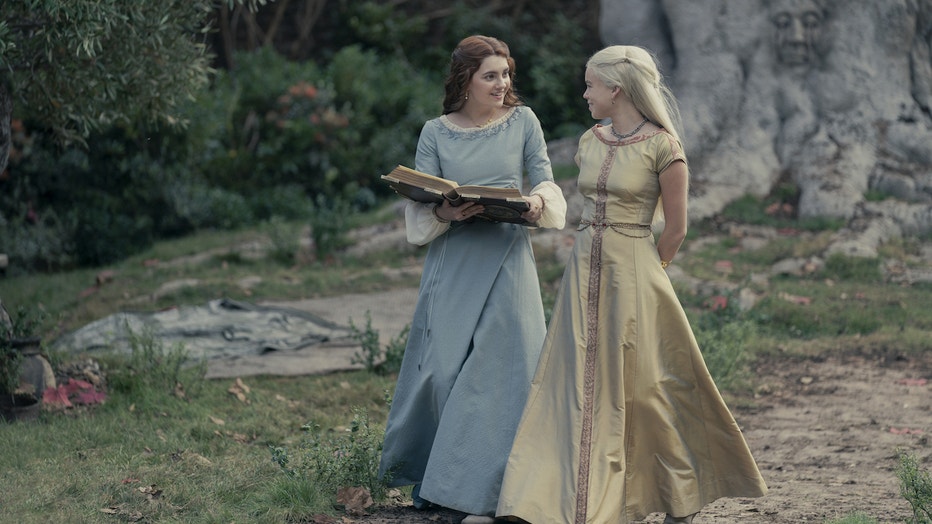 Otto Hightower, the Hand of the King, suggests in a disturbing tone to his daughter that she should comfort the King in his grief, perhaps while wearing one of her mother’s dresses. This may seem an unimportant scene compared to the wildness of Matt Smith’s brothel scenes or Rhaenyra’s dragon-riding, but book fans may have an inkling of where Alicent is headed. (We also love the chemistry between Rhaenyra and Alicent.)

WATCH FREE ON TUBI: "The Tale of Sweeney Todd" — get the app

Yes, "Dracarys" was quite a moment, but there’s an even stronger tie to the events of "Thrones." After Rhaenyra is officially named his successor, King Viserys Targaryen tells her a prophecy passed down from one Targaryen ruler to the next for generations: "If the world of men is to survive, a Targaryen must be seated on the Iron Throne. A king or queen. Strong enough to unite the realm against the cold and the dark."

Even with so much newness to absorb in this return to Westeros, we were most interested to see the different dynamics between dragons and riders in this time, especially the different personalities of the dragons. 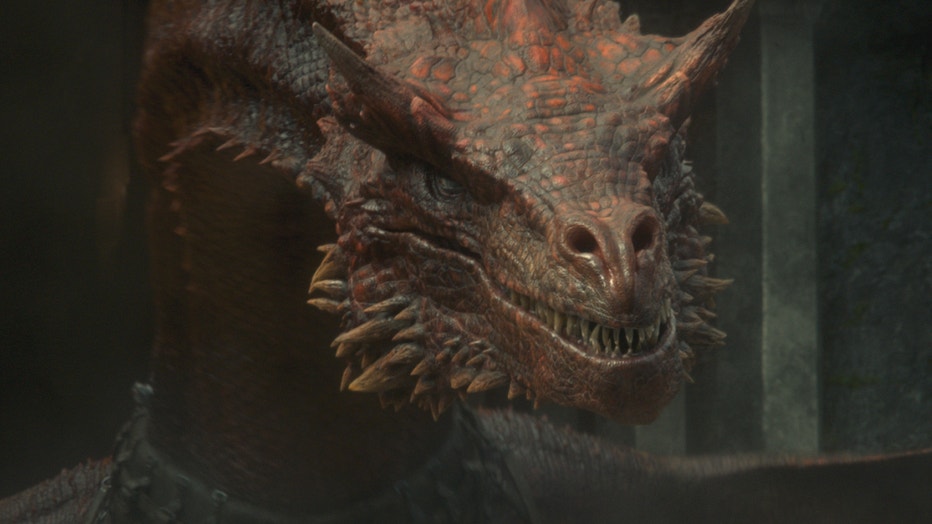 Although Eve Best, Milly Alcock and Paddy Considine really gave her a run for her money, Sian Brooke was riveting as the doomed Aemma Targaryen. The guttural sounds of her fear as she realizes what’s happening — and what’s been kept from her— in the moments before her C-section were really something. 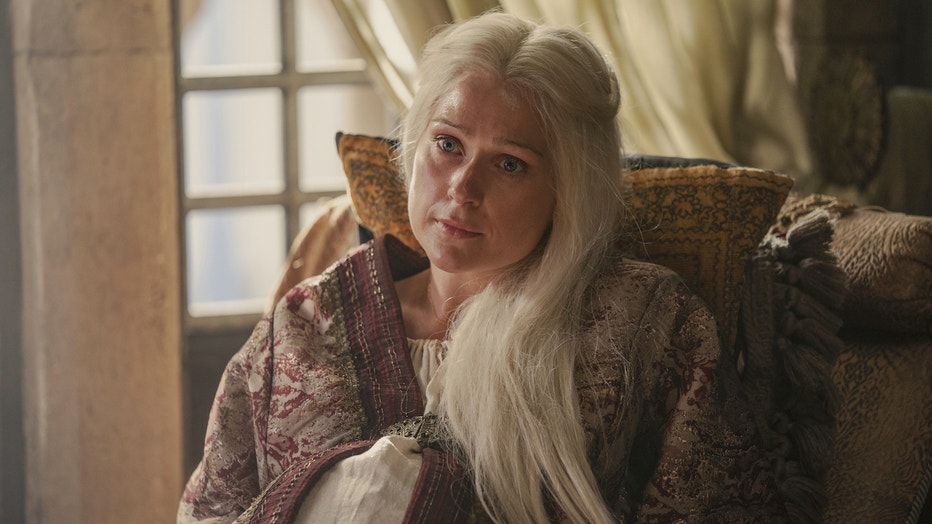 This episode was a great reintroduction to Westeros. Sex, violence and politics in spades, but with perhaps a bit more nuance learnt from it’s parent show’s reception. Although "House of the Dragon" had a significantly higher budget than the episodes in the first season of "Game of Thrones," the Targaryen dynasty wasn’t as flashy as some may have expected — except for the immense tourney, which made for an interesting parallel to the first season of "Game of Thrones."

WATCH FREE ON TUBI: David Bowie in "Labyrinth" — get the app

The traumatic birthing scene was unexpectedly graphic, however; some may find it gratuitous, while others will see it as purposefully brutal and affecting. Whatever your take, it made the issue of women’s bodily autonomy impossible for viewers to avoid.

The costumes were gorgeous, though not very stylistically different from the original "Game of Thrones" costuming, and although some of the wigs were, ah, interesting, rather than believable, it was all so eye-catching that it was easy to forgive. It would have been nice to finally see some purple eyes (a notable characteristic of descents of Old Valyria in Martin’s books). Still, the closing shot of Rhaenyra was especially electric, a solid ending to an episode that really didn’t disappoint.

About the writer: Chloe Johnson is a freelance writer, magazine editor and longtime Sansa Stark fan. You can find her other work at The Bookseller, The Grammys, and The Independent.

Binge while you wait: "Firefly," streaming free on Tubi

Firefly (2002): Need a cult classic sci-fi series you can cross off your list in just 14 episodes? Then look no further than "Firefly," Joss Whedon’s space western follow-up to "Buffy the Vampire Slayer." Though "Firefly" was cancelled after just one season, its impact still looms large in the sci-fi canon. (It even got a big-screen continuation five years later.) Set aboard the spaceship Serenity, "Firefly" combines the gritty tangibility of the "Star Wars" universe with the sweet workplace family dynamics of "Star Trek," all filtered through Whedon’s unique comedic voice. So pour yourself a glass of Mudder's Milk and enjoy. Rated TV-14. One season, 14 episodes. Featuring: Nathan Fillion, Gina Torres, Alan Tudyk, Morena Baccarin, Adam Baldwin, Jewel Staite, Sean Maher, Summer Glau.

How to watch the "Game of Thrones: House of the Dragon" premiere

The first episode of "House of the Dragon" is currently available On Demand for HBO subscribers; it’s also streaming on HBO Max.

When is the next episode of "Game of Thrones: House of the Dragon"?

When will "Game of Thrones: House of the Dragon" be streaming?

The second episode of "House of the Dragon" will begin streaming on HBO Max on Sunday, Aug. 28 at 9 p.m. ET/6 p.m. PT — so West Coast fans can watch along simultaneously.