The weather is a big aspect of fireworks shows. George Zambelli, CEO, Zambelli Fireworks, explains what are the best and worst weather conditions for a fireworks show.

Firework shows are seen all over the country during the July Fourth holiday, but there are a lot of aspects that go into putting these shows on, especially in the weather department.

FOX Weather spoke with Zambell Fireworks CEO George Zambelll, who offered advice on properly putting on a firework display, including the best and worst weather conditions for a fireworks show.

"The best weather conditions are a high ceiling, nice warm weather at night, low humidity, and a slight breeze that is moving away from the spectators," Zambell said.

As for the worst weather conditions, Zambell said those are what you might expect, including thunderstorms and lightning.

"Lightning can certainly stop a show. Dry conditions are also tough because you can create a fire. Winds greater than 25knots (28mph), the AG & H will likely cancel the show," Zambell said.

The lead time when officials can cancel a show has changed over the last several years.

"Back in 2015 here in Detroit, they knew that thunderstorms were approaching, so they canceled the show an hour before it was supposed to happen."

With improved radar technology, officials can make those decisions earlier in the day.

With many people starting celebrations as early as this week, Zambell offered some advice to know before you start a firework display.

Lighting fireworks and drought do not mix

Zambell mentioned that dry conditions are among the worst to shoot fireworks.

FOX Weather correspondent Will Nunley is in middle Tennessee, where state officials are monitoring conditions ahead of this July Fourth holiday. 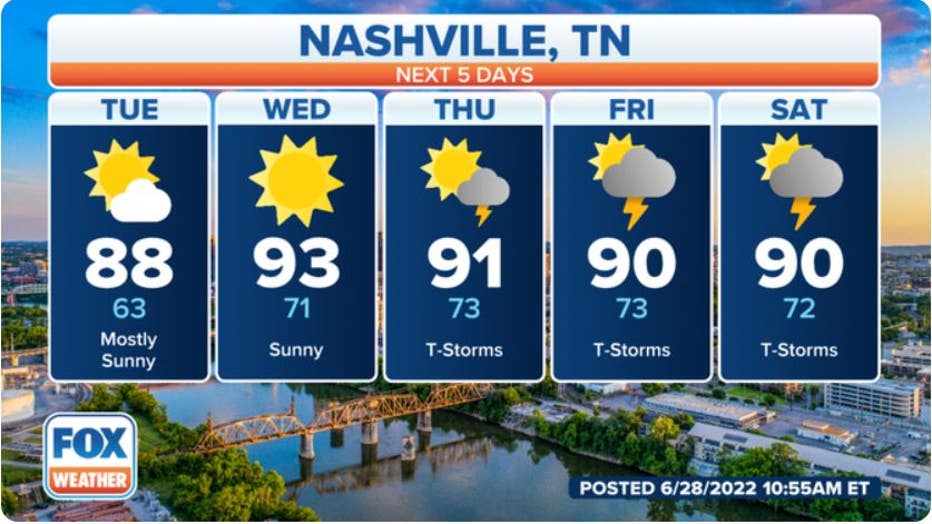 "This is your yearly reminder that you are launching burning balls of fire into the air, and that could accidentally land somewhere you weren’t anticipating and start a fire," Nunley said.

He says that middle Tennessee isn’t necessarily in a drought situation, but that doesn’t mean it isn’t dry. The region has spent the last few weeks under heat advisories with very little rain.

High temperatures for Nashville into the July Fourth weekend will remain in the low-90s. Nashville received just .88 inches of rain so far this month. On Average, Music City receives nearly 4 inches in June. 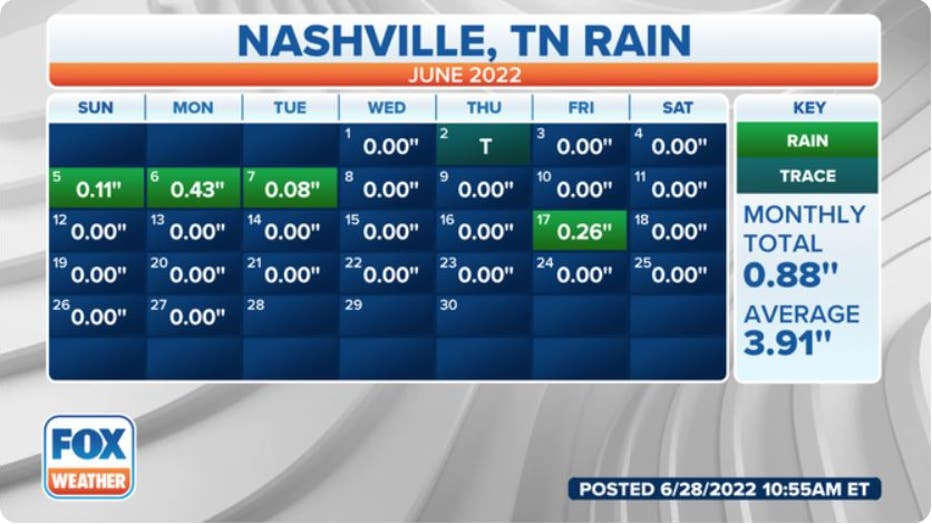 The Tennessee Division of Forestry recommends Independence Day party-goers leave the big displays to the professionals.

"Go and enjoy your public display if you can. They (have) safety measures in place and will certainly be tracking any embers and where those might land in a very controlled manner," Tim Phelps with the Tennessee Division of Forestry said.

If you are going to light off fireworks this year, maybe stick with sparklers or smoke bombs that can be quickly put out.

To the west, extreme and severe drought may mean fireworks bans altogether. More than 45% of the continental U.S. is currently under moderate or severe drought conditions. 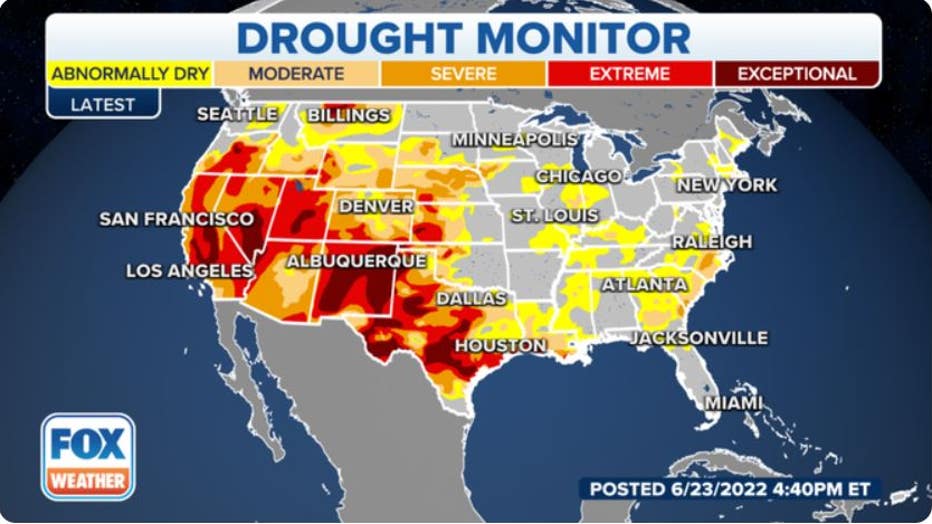 Several counties in Central Texas have fireworks bans in place or are considering bans.