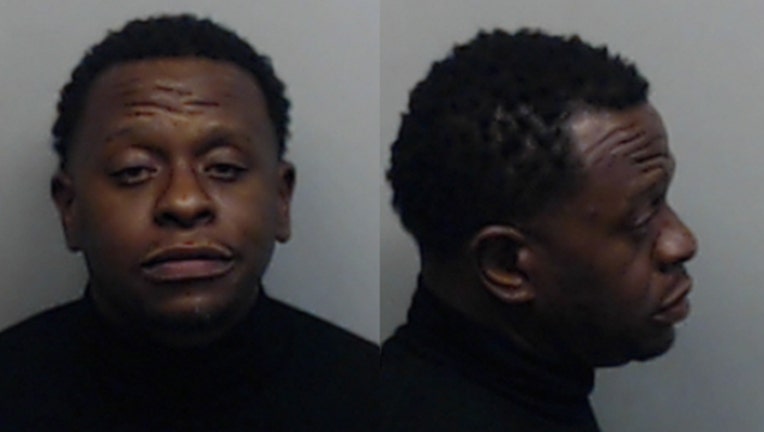 ATLANTA (AP) — Jail records show rapper Scarface has been arrested for not making child support payments after being honored at the BET Hip-Hop Awards in Atlanta.

Fulton County jail's website says Scarface was arrested Friday. He had first given his acceptance speech for receiving the "I Am Hip Hop" award at the Boisfeuillet (BOH'-fihl-ay) Jones Atlanta Civic Center.

Scarface, whose real name is Brad Jordan, was honored for his music achievements. Bond has been set at $482,190 for the 44-year-old rapper.

An email to his representative hasn't been returned.

The Houston-based Scarface gained fame in the late 1980s with the group Geto Boys through the song "Mind Playing Tricks on Me." He is known for songs such as "Smile," ''My Block" and "I Seen a Man Die."