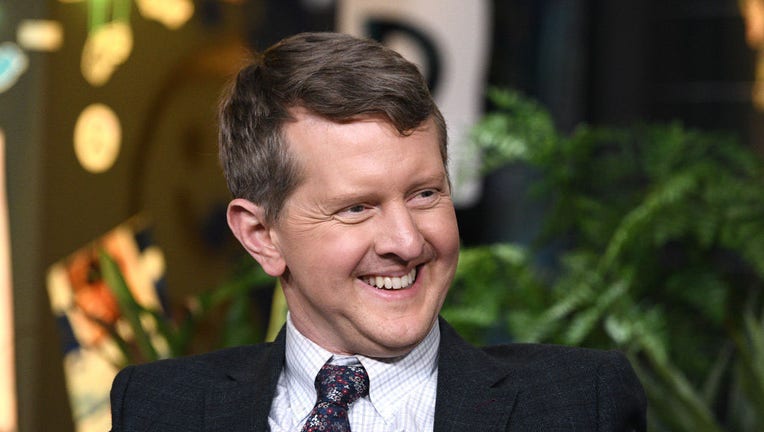 FILE - Ken Jennings visits the Build Series to discuss the television event “JEOPARDY! The Greatest of All Time” at Build Studio on Jan. 6, 2020, in New York City. (Photo by Gary Gershoff/Getty Images)

Ken Jennings, one of the new permanent hosts of "Jeopardy!" was criticized by fans this week for "unfair" rulings after allowing a contestant to correct an answer.

The moment happened on Wednesday's episode when contestant Luigi de Guzman answered a question under the "Cons" category. A painting was shown on the screen with the clue: "Here's a typical early 19th-century landscape by this British painter."

"Who is Constant?" de Guzman answered.

And his answer was accepted.

But later in the show, contestant Harriet Wagner made a similar error when answering a clue about the fantasy author of "Always Coming Home."

But Jennings ruled her answer incorrect, before allowing de Guzman to give the right answer.

"Yes, Harriet, you remembered that her name was Ursula, but I’m afraid I had already begun ruling against you when you began correcting yourself," the champion-turned-host said.

The "Jeopardy!" rules state that "contestants may change their responses as long as neither the host nor the judges have made a ruling.

"There’s no way to prepare for how nerves may affect you when the game is in play," the game show’s website states. "If you’re giving a response and suddenly hear your mouth saying something your brain wasn’t planning on – or forget to phrase your response in the form of a question – you can correct yourself; but you’ll have to be quick."

Woman who learned English with help of "Jeopardy!" becomes contestant

Kristyna Ng's love of learning helped earn her a spot on the game show.

Some fans on Twitter were not pleased with Jennings’ rulings, calling them "unfair."

"#Jeopardy why did Ken Jennings let one contestant (male) change a wrong answer, but ruled against another (female), even though she said the correct answer within the time limit? Tonight's episode was an unfair runaway because of that ruling on the last answer in double jeopardy," a viewer wrote on Twitter.

"Gosh, Jeopardy - why not have a certain amount of time to answer? Harriet answered her revised answer of Ursula at least as quickly as Luigi was allowed to correct his response from Constant to Constable a few minutes earlier," another fan wrote.

"Jeopardy, Luigi gives wrong answer, Ken asks him what, then gives correct answer. Harriet says wrong first name, then while she begins to correct herself Ken interrupts and rules her incorrect. SO INCONSISTENT and unfair," a third person replied.

At the end of the episode, de Guzman won his fourth consecutive night and Wagner placed third in a tight game. After the reaction, de Guzman offered an apology to Wagner.

"Having watched the game again as an outsider and with cold eyes, I want to say that I probably owe @harriet4332263 two apologies," de Guzman wrote. "First, ‘Constable.’ I knew it was Constable. I recognized the painting. In the moment I had this memory of speaking to someone about Constable. But in between seeing/remembering/thinking/buzzing/answering, my wires got crossed and I said something like ‘Constant.’ I saw Ken hesitate, and corrected myself."

"If I had been in Ken’s shoes, I probably would have cut Luigi off *brusquely* and moved on. But Ken hesitated, and in the moment, I saw him hesitate, and I kept talking. The rule ended up on my side, but looking at it cold, I see how it could have ended up differently," he added.

"Second, ‘LeGuin.’ Same situation, but Ken didn’t hesitate when @Harriet43342263 was speaking. He cut her off. That put her on the other side of the rule, and I got the rebound and a put-back. If I’d have been Ken, I’d have either cut both of us off, or hesitated both times. But that wasn’t the side of the stage I was on on the day, and it took a great deal of separation in time and space for me to watch it and see it," de Guzman continued.

"I especially want to shout out @Harriett4332263’s grace here. I’ve pinged her about this, and she has shown me the grace befitting a great litigator. That means a lot to me, and I really appreciate it," he concluded.

Jennings and actress Mayim Bialik were named the show’s permanent replacements for the late Alex Trebek in July. Trebek died of cancer in 2020 after hosting the show for nearly 37 seasons.