Democrats to roll out vision for America at scaled-back convention

What was supposed to be an eventful, exciting Democratic National Convention will now be a much more subdued and virtual affair amid the pandemic. FOX News correspondent Caroline Shively reports.

CNN anchor Erin Burnett disclosed that Kasich had written in then-Sen. John McCain's name for president in 2016, "which is a far cry from actually supporting the Democratic candidate for president.

"You were anti-Trump but you were not taking that extra step. What changed?" she asked.

"Conscience, Erin," Kasich responded. "The reason I didn't support Trump the last time is I was afraid that he would be a divider and not a unifier -- and our best leaders historically have been unifiers, Republicans and Democrats. But unfortunately, as I've watched him over the last three-and-a-half years now, he's continued to do that and I don't think the country does well when we're divided.

"And so, I had to search my conscience. When the Democrats asked me to speak, I had to think about it, and I believe that we need a new direction. We just can't keep going the way that we're going," he added.

When Burnett asked him about potential blowback, Kasich said leaders should be "prepared to walk a lonely road." 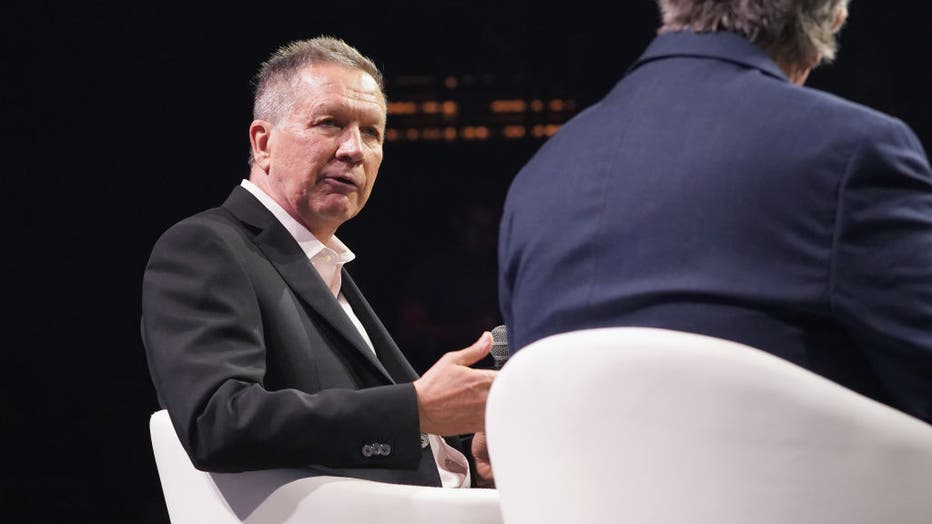 Former Governor John Kasich during the 2019 SXSW Conference and Festivals at Austin City Limits Live at the Moody Theater on March 8, 2019 in Austin, Texas. (Photo by Amy E. Price/Getty Images for SXSW)

"If you're not prepared to walk a lonely road and do the things that your conscience tells you to do, then how do you think about yourself when you look in the mirror?" Kasich asked.

"I mean, I'm comfortable with the decisions I make," he added. "Of course, there's blowback ... This is not an unusual place for me to be. I've been a reformer almost all of my life. I've been very independent and I'm a Republican but the Republican Party has always been my vehicle but never my master. You have to do what you think is right in your heart and I'm comfortable here."

Get updates on this story from foxnews.com.