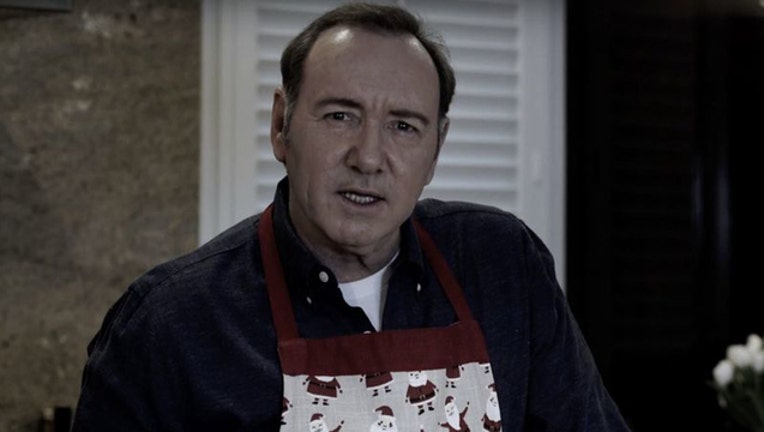 BOSTON (AP) - Kevin Spacey has posted a video online in character as his "House of Cards" role in which he says "I'm not going to pay the price for things I didn't do."

The actor made the bizarre post Monday to YouTube and tweeted it shortly after a Massachusetts prosecutor announced he would face a charge in an alleged sexual assault in 2016.

It is unclear if Spacey is referring to the charge he faces in the three-minute monologue delivered in the voice of Frank Underwood, the character killed off in the Netflix series after sexual misconduct allegations surfaced.

Spacey is scheduled to be arraigned next month on a charge of indecent assault and battery on allegations he sexually assaulted the teenage son of a Boston television anchor in a Nantucket restaurant in July 2016.