BATON ROUGE, La. - A Louisiana legislative committee has advanced a bill that would make abortion a crime of homicide and ignore any federal ruling that keeps abortion legal nationwide.

The bill, introduced in March, came up for a hearing less than two days after the leak of a draft U.S. Supreme Court opinion indicating the high court is preparing to overturn Roe v. Wade, which makes abortion a constitutional right. The bill’s supporters declared that their legislation would outlaw abortion in Louisiana even if the draft isn’t adopted by the Supreme Court.

"I think the bill is simple," Bradley Pierce, an attorney and executive director of the Foundation to Abolish Abortion, told FOX Television Stations. "The pro-life movement has said a fetus is a person from the moment of conception. This acts on that belief to protect people before they’re born with the same laws that protect them after they’re born."

The bill has no exceptions, and abortion rights attorneys said it would subject women to prosecution. Opponents fear that’s not all the legislation would do.

Louisiana Right to Life, the state’s most prominent anti-abortion group, opposes the measure.

"Our long-standing policy is that abortion-vulnerable women should not be treated as criminals," Louisiana Right to Life said in a written statement. "Instead, we should hold accountable the individuals performing the abortion or selling or providing the chemical abortion drugs."

Louisiana already has a "trigger law" criminalizing abortion should Roe v. Wade be overturned, which would subject doctors or others who perform abortions to up to 10 years in prison. But the trigger law does not call for prosecution of the pregnant woman.

In addition to amending homicide law, the new bill would change the state’s legal definition of a person, which now includes a fertilized egg that has become implanted in the womb, to simply a fertilized egg.

RELATED: This is where abortion will likely be illegal if Roe v. Wade is overturned

Flournoy said as written, hormonal birth control, IUDs and in vitro fertilizations could be considered illegal. But Pierce, who helped draft the bill, said that’s not the intent.

Pierce said it would not outlaw IVF or contraceptive that prevents ovulation or fertilization. It could, however, make emergency contraceptives like Plan B a gray area.  In most cases, Plan B prevents ovulation or fertilization, but sometimes the drug works by preventing a fertilized egg from implanting in the womb, according to the U.S. Food and Drug Administration. 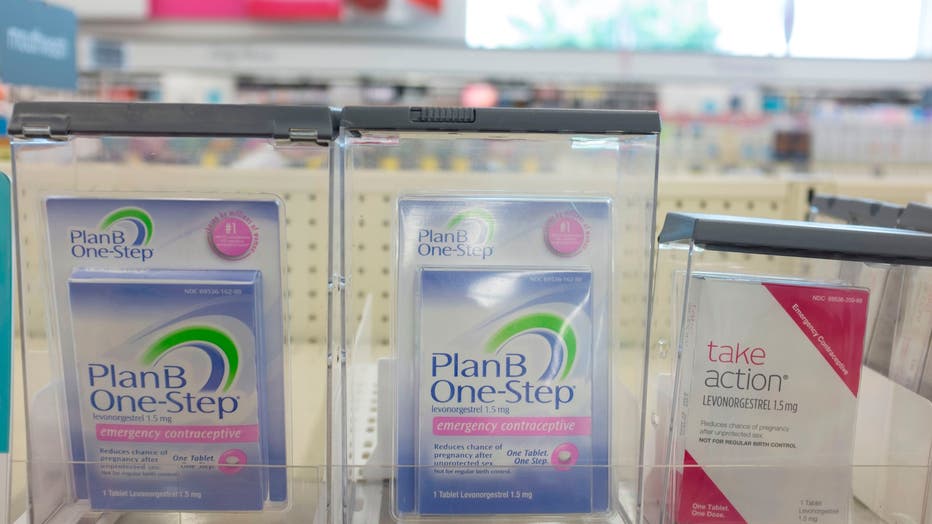 "Plan B", a form of contraceptives sit on a shelf in a local pharmacy in Montgomery, Alabama on May 20,2019. (Photo by Seth HERALD / AFP)

"My concern is that now women will be interrogated in the emergency room to determine if they did anything to cause a miscarriage," Flournoy said. "Every woman who has a miscarriage can be potentially harassed and interrogated."

The bill does not outline exceptions for rape, incest or ectopic pregnancies that are life-threatening for women. Pierce said it doesn’t need to.

"The bill would not prevent doctors from attempting to save the life of a patient," he said. "It doesn’t need to be in the bill because it’s already the law."

There are 27 bills filed in the Louisiana Legislature addressing abortion this session, Flournoy said. One of those would make it illegal for companies to provide abortion pills through the mail, with criminal penalties for the providers but not for the women who order them. Abortion pills mifepristone and misoprostol are involved in more than half of all abortions in America.

RELATED: Next battle over access to abortion will focus on pills amid Roe v. Wade leak

The measure will now move to the full Louisiana House for debate. Rep. Tony Bacala, one of the lawmakers who voted in favor of the bill in committee, said it will likely be struck down by state or federal courts if it becomes law.