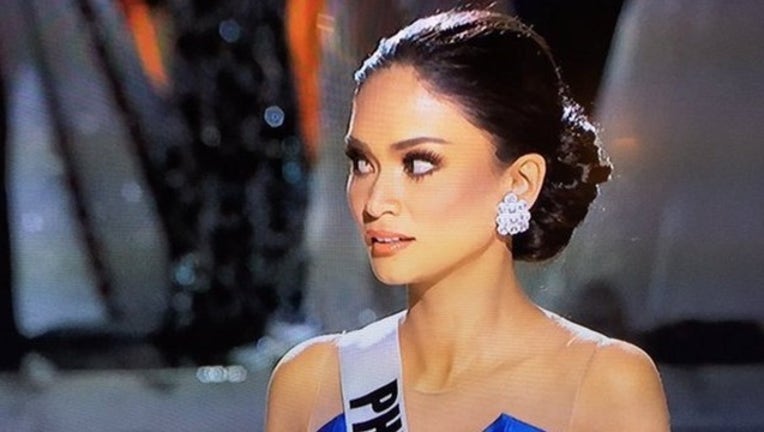 But after Miss Colombia received her crown and a bouquet of flowers, Harvey announced he had made an error and that Miss Philippines was in fact the winner. Harvey, known as the host of "Family Feud" and "The Steve Harvey Show", said it was his mistake and that he would take responsibility for not reading the card correctly.

A stunned Wurzbach, who had taken her place with the other contestants behind Arevalo, then walked out to center stage. Last year's Miss Universe, Colombia's Paulina Vega, then removed the crown from Avrevalo's head and placed it on Wurtzbach instead.

Tap here to read the full report on FOXNews.com.