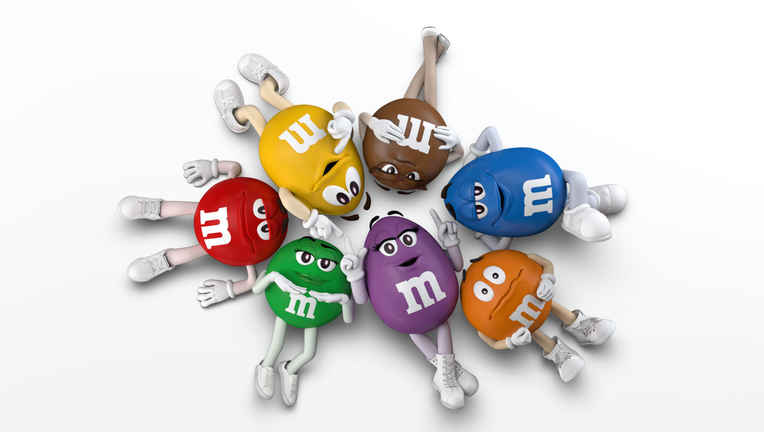 For the first time in a decade, M&M’S is expanding its iconic crew with the introduction of a new character - Purple - a permanent addition as the brand seeks to use the power of fun to help more people feel they belong. (Credit: Mars, Incorporat

NEWARK, N.J. - For the first time in a decade, a new M&M’s character is making its debut and joining the iconic candy cast.

The company said her purpose is to represent acceptance and inclusivity. She’s also known for her self-expression, self-awareness, authenticity, and confidence.

"Mars is thrilled to debut the newest member of the M&M'S cast of characters to the world. There is so much about our new spokescandy that people can relate to and appreciate, including her willingness to embrace her true self. Our new character reminds us to celebrate what makes us unique," Jane Hwang, Global Vice President at Mars Wrigley said in a news release. "Our purpose story is just getting started and the introduction of our newest M&M'S spokescandy is the next chapter, as the brand continues to delight fans with fun in a way only M&M'S can."

Along with her debut, the company said the Purple M&M has also released her first music single and video titled, "I'm Just Gonna Be Me."

The song will be available on all major music streaming platforms and will support inclusivity in arts and music. Mars said for every stream, a one-dollar donation (up to five hundred thousand dollars) will be made to Sing for Hope, a non-profit aimed at promoting inclusivity.