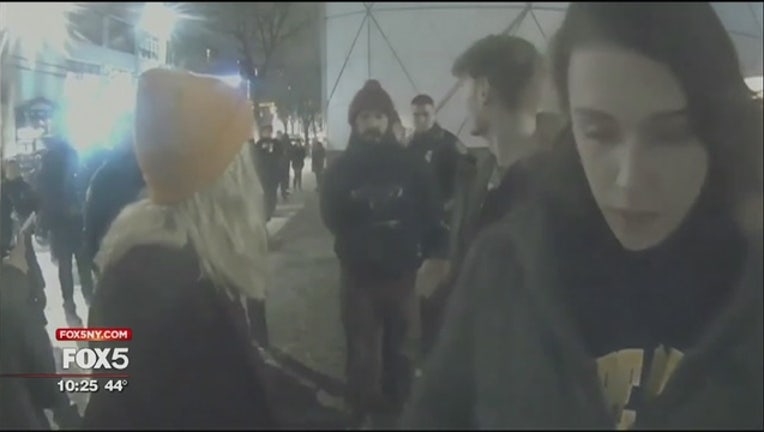 The project involved the actor and others chanting "He will not divide us" in front of a camera outside the museum since Donald Trump's first day as president three weeks ago. It was scheduled to last for four years.

The public was invited by LaBeouf and two collaborators to participate and the performances were live streamed around the clock.

But the museum said in a statement that the installation had become "a flashpoint for violence and was disrupted from its original intent." Museum officials added that they were proud the museum had launched the "engaging and thought-provoking digital art installation."

Last month, LaBeouf was arrested after an altercation. And a 21-year-old was arrested last week on assault charges after a participant said the man threw eggs on him and ran.

Police officers were assigned to the location 24 hours a day and, at one point, police filed a report after threats were made through the city's 311 non-emergency line that people were going to be shot.

On Friday, the hewillnotdivide.us website said the museum had "abandoned the project. The artists, however, have not." They did not elaborate on the site.

The scenes in front of the camera varied, sometimes scores of young people danced and clapped. Other times, the stream was quieter, capturing dog walkers checking out the camera up close or people showing up to play music.

LaBeouf and his performance art partners Nastja Säde Rönkkö and Luke Turner said on the project website that the meaning of the mantra "He will not divide us" should be "guided by the spirit of each individual participant."

Tax-exempt public charities, like the museum, are prohibited from engaging in partisan political activity.