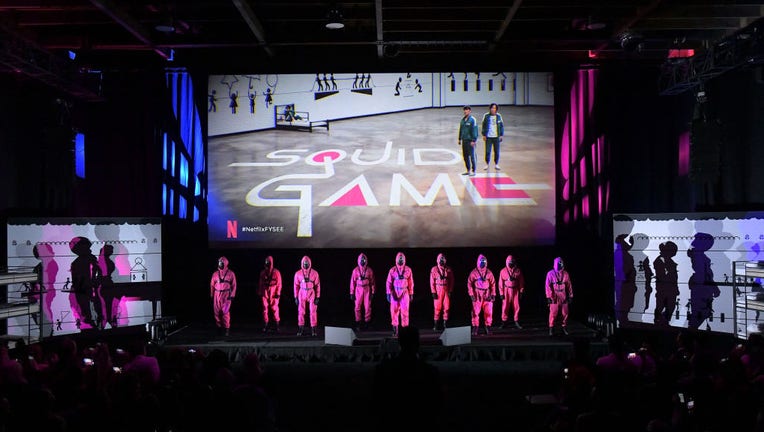 LOS ANGELES - Netflix is bringing "Squid Game" to life with a reality television series that offers "the largest cast and lump sum cash prize in history," according to the streaming giant.

The new reality TV series, called "Squid Game: The Challenge," will feature 456 contestants competing in a series of games inspired by the hit show. The winner will take the record reward of $4.56 million.

"The stakes are high, but in this game the worst fate is going home empty-handed," Netflix said in a statement shared Tuesday.

Casting for the show is now open at SquidGameCasting.com in search of any English-language speakers from around the world.

The 10-episode competition series is a co-production between Studio Lambert ("The Circle") and The Garden ("24 Hours in A&E"), part of ITV Studios, the company said. It will be filmed in the U.K.

The original "Squid Game" scripted series, which premiered in September 2021, holds the record as Netflix’s most popular series of all time. The Korean survival drama received more than 1.65 billion viewing hours in the first 28 days after its release.

Netflix's shares took a big hit this week, with the stock price plummeting 26% after reporting it lost about 200,000 subscribers in its first quarter, falling well below expectations. The company is now said to be considering a lower-cost plan that would including advertisements.

"Squid Game" follows a group of desperate adults competing in deadly children’s games for a chance to win a massive amount of money and escape severe debt. It follows Seong Gi-hun, a laid-off autoworker coping with a broken family and struggling with constant business failures and gambling problems.

Seong battles hundreds of other financially distressed players in a hyper-violent competition for the ultimate prize of 45.6 billion won ($38.2 million USD), with losers being killed at every round.

The South Korea-produced show quickly reached No. 1 in 90 countries, helped in part by Netflix’s investment in subtitling and dubbing it into more than 30 languages, according to Deadline.

The scripted show was officially renewed for season 2 on June 12, Netflix said in its statement.

"Squid Game took the world by storm with Director Hwang’s captivating story and iconic imagery. We’re grateful for his support as we turn the fictional world into reality in this massive competition and social experiment," Brandon Riegg, Netflix VP of Unscripted and Documentary Series, said in the statement.

"Fans of the drama series are in for a fascinating and unpredictable journey as our 456 real-world contestants navigate the biggest competition series ever, full of tension and twists, with the biggest ever cash prize at the end," Riegg added.