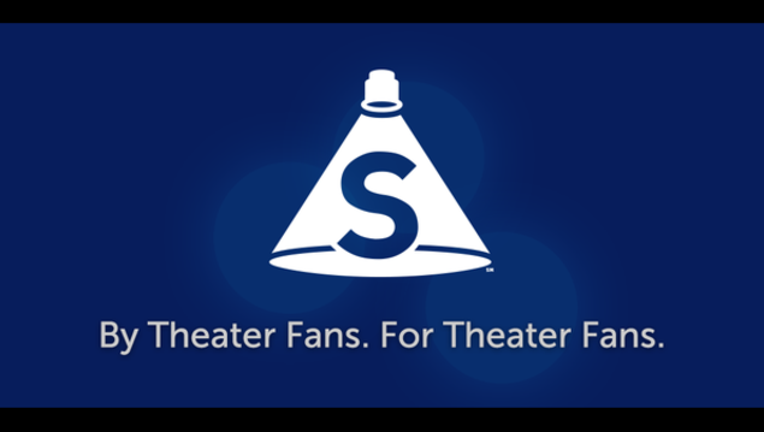 Melcher, a startup guru and veteran of such sites as CNET and MongoDB, recently moved to New York and threw himself into the theater scene. To pick shows to watch, he would Google past reviews while his wife, Sharon, would cruise the discount ticket sites.

It was time-consuming, and Melcher yearned for a something like Rotten Tomatoes for theater-goers. Everyone he asked seemed frustrated, too. He offered to help anyone create a site, but no one would commit. So he jumped in.

"My friends will tell you I get to a point when I get so obsessed and frustrated about a problem that I can't not do it," said Melcher. "I needed to find a better way."

He thinks he's found it in Show-Score — an audience-friendly guide he launched with his own money in which people can search hundreds of New York shows by theme, find reviews by critics and users, and tickets at the best price.

So far, the site has been a hit. It launched Sept. 15 and hit 10,000 members on Tuesday. It hopes to one day offer the same resources to theatergoers in London, Los Angeles, northern California, Toronto and Chicago.

Inspired by Netflix and Amazon, the site lets audience-goers find exactly what they want — options include a show with puppets, a Shakespeare revival or a romance, and many more. There also are guides for folks who like their shows 90 minutes or less, family friendly or even scary, in time for Halloween.

Deeksha Gaur, a co-founder and director of content and community, said the site employs seven people, including four theater professionals with master's degrees whose job is to sift and evaluate reviews from some 1,300 distinct publications and bloggers.

"What we're really trying to do is understand what the reviewer is saying and trying to read between the lines as much as we can," said Gaur, who has held senior marketing positions at Woolly Mammoth Theatre Company, Two River Theater Company and Long Wharf Theatre.

Users — who cannot log in anonymously — are encouraged to review, too. First, they are asked to rank the work on a scale of 1-100, then they are asked to pick among a list of words to describe it (from "dizzying" to "banal") and to comment on two sections "See it if..." and "Don't see it if..."

"Even if you're sitting there in the audience and you're going, 'You know, this sucks,' we want you to say, 'OK, it does not appeal to you. Who would like it?'" said Melcher. "If you spin it that way, we've found with consumers everyone is like, 'Oh, yeah, you're right I didn't like it, but my mother would love this show.'"

Users can follow individual artists they admire, theater companies or any reviewers. Email alerts can be configured about upcoming shows they might like, shows that score over 80 or artists they follow who are opening new things.

Reviewers — whether professional or amateur — gain influence on the site based on the number of followers they amass, the number of reviews they write and whether other users have deemed their opinions helpful.

The site's creators said they wanted to build something for the average person who found researching shows too hard and who eventually just stayed home. "Our ultimate goal with Show-Score for the near term is to get people who like theater to go more," said Melcher.

He won't disclose how much he's put in the site. ("We're not in the stinking-rich category," he said, laughing. "We don't have a Gulfstream V.") And he hasn't yet decided how the site will break even. Perhaps through advertising.

He and his team are forever refining and adding improvements. They hope soon to make the mobile experience better (Melcher shakes his head as he renders a verdict of "D-minus" for its current iteration) and evolve the ticketing section to feel more like Booking.com or Kayak.com.

The site's creators said they wanted to build something for the average person who found researching shows too hard and who eventually just stayed home, watching Netflix. "Our ultimate goal with Show-Score for the near term is to get people who like theater to go more," said Melcher.