A jury found Eric R. Holder Jr. guilty of of first-degree murder for the 2019 killing of rapper Nipsey Hussle.

LOS ANGELES - The man accused of gunning down rapper and community advocate Nipsey Hussle and injuring two other men in South Los Angeles more than three years ago was convicted Wednesday of first-degree murder.

Eric Ronald Holder Jr. was also convicted of two counts each of attempted voluntary manslaughter and assault with a firearm involving two other people who were injured in the March 31, 2019, shooting, along with one count of possession of a firearm by a felon. Jurors also found true allegations that he personally and intentionally discharged a handgun and that he personally inflicted great bodily injury on one of the victims.

Holder's attorney argued during the trial that the shooting was carried out in the "heat of passion," and did not rise to the level of first-degree murder. He argued that at most, Holder committed manslaughter.

Jurors began their deliberations on Friday. In closing arguments Thursday, a prosecutor urged jurors to convict Holder of first-degree murder for a "personal" attack on Hussle outside the musician's clothing store near Slauson Avenue and Crenshaw Boulevard.

A defense attorney, meanwhile, countered that the government had over-charged his client -- whom he argued had acted out of "impulse and rashness" after being accused of snitching.

The 32-year-old Holder is charged with murder for the killing of the 33-year-old rapper, whose real name was Ermias Joseph Asghedom. 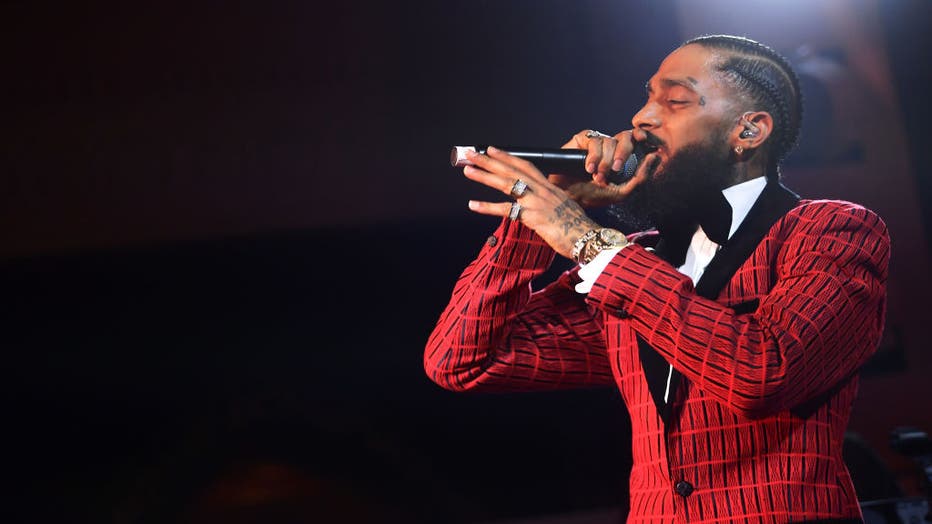 When the trial began, defense attorney Aaron Jansen conceded that his client "shot and killed" the rapper, but said the crime in which his client fired with one gun in each hand occurred in the "heat of passion."

In his closing argument Thursday, Jansen told jurors: "This was an act of impulse and rashness."

The defense attorney said his client had "no cooling-off period" after being "called publicly a snitch by someone as famous as Nipsey Hussle" nine minutes and 10 seconds earlier.

"This is a provocation that stirs up rage and powerful emotions," Jansen said.

Holder's attorney also contended that the case has "been over-charged from the beginning," and that the correct charge against Holder involving the rapper's slaying should be voluntary manslaughter -- an option that Superior Court Judge H. Clay Jacke told jurors earlier that they could consider. 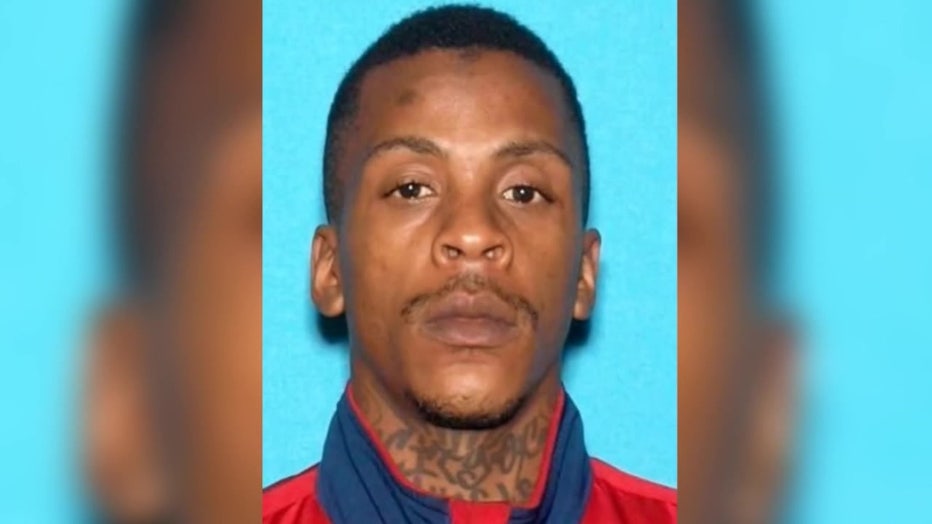 Deputy District Attorney John McKinney called the killing "cold-blooded" and "calculated," saying that Holder had "quite a bit of time for premeditation and deliberation" before returning to the parking lot near Slauson Avenue and Crenshaw Boulevard where the rapper was shot 10 to 11 times.

"He's not consumed by rage," the prosecutor said, saying the defense's argument that he had been provoked was "nonsense."

"I submit to you that the motive for killing Nipsey Hussle had little to do with the conversation they had. ... There's pre-existing jealousy," McKinney said, prompting a quick objection from the defense attorney.

"Saying, `You're through,' before shooting him and shooting him a number of times ... kicking him in the head, that's personal ... What makes this murder first-degree is premeditation and deliberation," the prosecutor said.

McKinney told the panel that Hussle joined a gang as a youngster, changed over time and "wanted to change the neighborhood," but remained accessible without an entourage, security or fanfare while standing outside his business when he was shot by somebody with whom he had shaken hands just minutes before on "just another beautiful Sunday afternoon in Los Angeles."

The deputy district attorney said the attempted murder charges were a "closer question," but said he believed that jurors would ultimately conclude that they were "not mere accidental shootings."

"You can't bring Nipsey back ... But you can do justice. Please do justice," McKinney told the panel shortly before the case was handed over to the jury.

Holder's attorney said there was "no hatred" and "no jealousy towards Nipsey Hussle" over his successful music career, telling jurors that the allegation of snitching was a "serious" accusation made in public by someone of the rapper's stature and that Hussle didn't provide his client with any details when questioned.

"It's not victim-blaming, it's not an excuse and it's not a justification," Jansen said.

The defense attorney also said his client -- who was "just living his life in Long Beach" and wasn't in a gang any longer -- had been over-charged with attempted murder involving the two other men who were injured in the gunfire, saying that "he had no reason to kill these other two individuals."

Jurors heard eight days of testimony during the trial, which was delayed for a day Tuesday following what Holder's attorney said was an attack on Holder in jail.

Jansen told reporters outside court Wednesday that his client lost consciousness after being attacked Tuesday morning in a jail holding cell with other inmates while waiting to be taken to court. He subsequently underwent an MRI and required three staples to the back of his head, also suffering a swollen left eye and swelling on the left side of his face, according to the attorney.

The jury was shown autopsy photos during the testimony of a medical examiner who said the musician suffered 11 gunshot wounds from his head to one of his feet.

Dr. Lawrence Nguyen -- who reviewed the results of the autopsy done by another medical examiner who is unavailable to testify -- told jurors that he concluded the cause of the rapper's death was "multiple gunshot wounds."

"I believe the number of shots to be within the realm of 10 to 11," Nguyen told the downtown Los Angeles jury hearing the case.

One of the rapper's wounds -- caused by a bullet that entered through the rapper's right abdomen -- severed his spinal cord and would likely have caused paralysis in the lower extremities if he had survived the shooting, the medical examiner testified.

During the defense's portion of the case, private investigator Robert Freeman told jurors that being called a snitch could put a gang member at risk of being beaten or killed. He noted that it would be more dangerous for an accusation about snitching to be made against someone in public where others could hear it and that something said by someone with a high status within a gang is "almost gold" on the streets.

Freeman, a former Los Angeles police officer who acknowledged being terminated from the force while he was still on probation, also told jurors that the firing of two guns -- one in each hand that Holder allegedly wielded during the shooting -- would lessen the accuracy of the shots. He noted that a two-handed grip on a gun is the best way to shoot with accuracy.

Holder was not called to testify in his own defense.

After Hussle's death, thousands of people were on hand in April 2019 for a service in his honor, with singer Stevie Wonder and rapper Snoop Dogg among those paying tribute to him.

In a letter that was read during the service, former President Barack Obama wrote, "While most folks look at the Crenshaw neighborhood where he grew up and see only gangs, bullets and despair, Nipsey saw potential. He saw hope. He saw a community that, even through its flaws, taught him to always keep going."