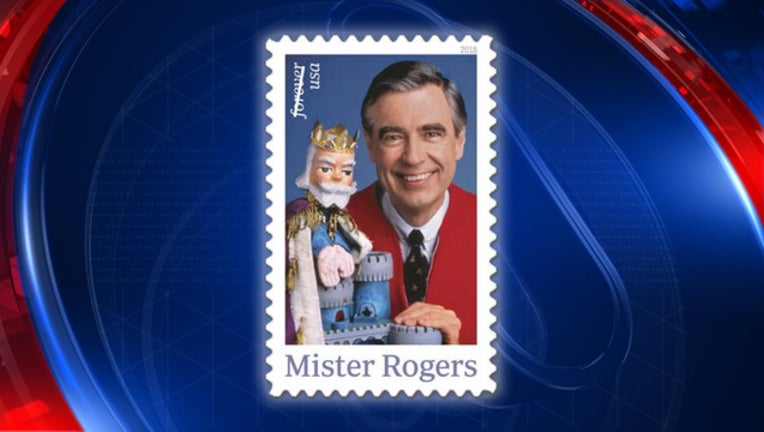 The Forever stamp will be unveiled March 23 in the same Pittsburgh public television station where "Mister Rogers' Neighborhood" was produced. The stamp features Fred Rogers and the royal puppet King Friday XIII.

Rogers produced, wrote and hosted "Mister Rogers' Neighborhood" for more than 30 years. He died in 2003 at 74 after battling stomach cancer. His message remained a simple one throughout the years, telling his viewers to love themselves and others.